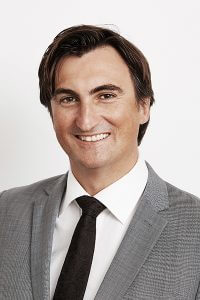 ‘Some of the most wicked and worst in our community are in jail. Many are far from that. But all in inmates are someone’s loved one, a sibling, parent, grandparent or child. They should not be treated as a commodity for trade in a prison industry. But as people in need of assistance.’

Based on reports in a recent SBS article, ‘Inside Parklea: The Deadly Consequences of Australia’s Private Prison Boom,’ Parklea Correctional Centre exists as a shining example of Australia’s over-zealous policies continuing to mistreat, dehumanise and subject the most vulnerable members of society to indefinite incarceration and cruelty. The report makes it clear that the unfettered violence, psychological trauma and ongoing abuse presently perpetuated inside Parklea makes it hard to justify its existence.

Commodification of human bodies within Parklea proves the disturbing shift in the increase of privatising prisons. Australia’s record in its treatment of inmates in state prisons and detention centres, has already been lambasted by other nations on a global scale. However, the incidences of death and suicide inside Parklea are markedly less publicised, as the report discloses it is due to the suppressive policies of the Coroner’s Court.

The recent emergence of privatising the prison sector also comes as a result of poor government fiscal policies, attempting to be more cost-effective at the expense of a unionised workforce properly qualified for maintaining prisons. Arguably, the privatisation of human bodies aims to increase Australia’s profit margin at the expense of the most marginalised people in society from accessing their rights.

The SBS report states that over 18% of Australia’s inmates are held in privately run facilities, with also a debilitating seven suicides occurring inside Parklea since 2016.[1]

“From a lawyer’s perspective, Parklea prison is one of the most difficult prisons to access clients. Arranging legal visits and attending legal conferences is difficult and overly burdensome in most correctional centres but at Parklea visits are often cancelled or delayed for no apparent reason.”

Privatising Australia’s prisons turns us away from rehabilitative measures, which are crucial for creating a cohesive and functional society; instead, risking higher recidivism of offenders. The commercialisation of human lives inside prison is, an ‘abhorrent’ act on behalf of the government to gain a blood-stained profit. If Australia continues on the path of the privatising its prisons, we will be faced with an already over-burgeoning prison population, with no decrease in crime.  It is time to refocus our national priorities facing the criminal justice system.