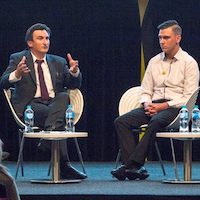 Former youth detainee Dylan Voller launched defamation action against three media organisations over comments made by public users on the respective Facebook pages of those organisations.

Moreover, the Judge found that each defendant was aware that comments on its initial posting were likely, and more probably than not, going to include defamatory material. Further, it was within their capability to hide the comments, monitor them and “un-hide” acceptable ones.

In those circumstances Justice Rothman found that the defendants were liable as publishers of the comments.

Principal Solicitor Peter O’Brien of O’Brien Criminal and Civil Solicitors, said “this is a significant win for Dylan Voller, and others who may find themselves an object of public scrutiny, as this kind of free for all commentary can be extremely negative, untruthful and damaging to a person’s mental health”.

“We are very happy with the judgement as it clarifies the law around social media platforms and paves the way for a broader understanding of how defamation proceedings can protect people in the context of new technology. It also encourages a more responsible and socially minded approach by the large media companies to their use of Facebook”.

The Judge also ordered that the defendants were to pay Mr. Voller’s legal costs.

If you experienced a loss of reputation due to defamatory content on a news site, please contact us. We are expert defamation lawyers. We are based in Sydney but can act for you Australia wide.