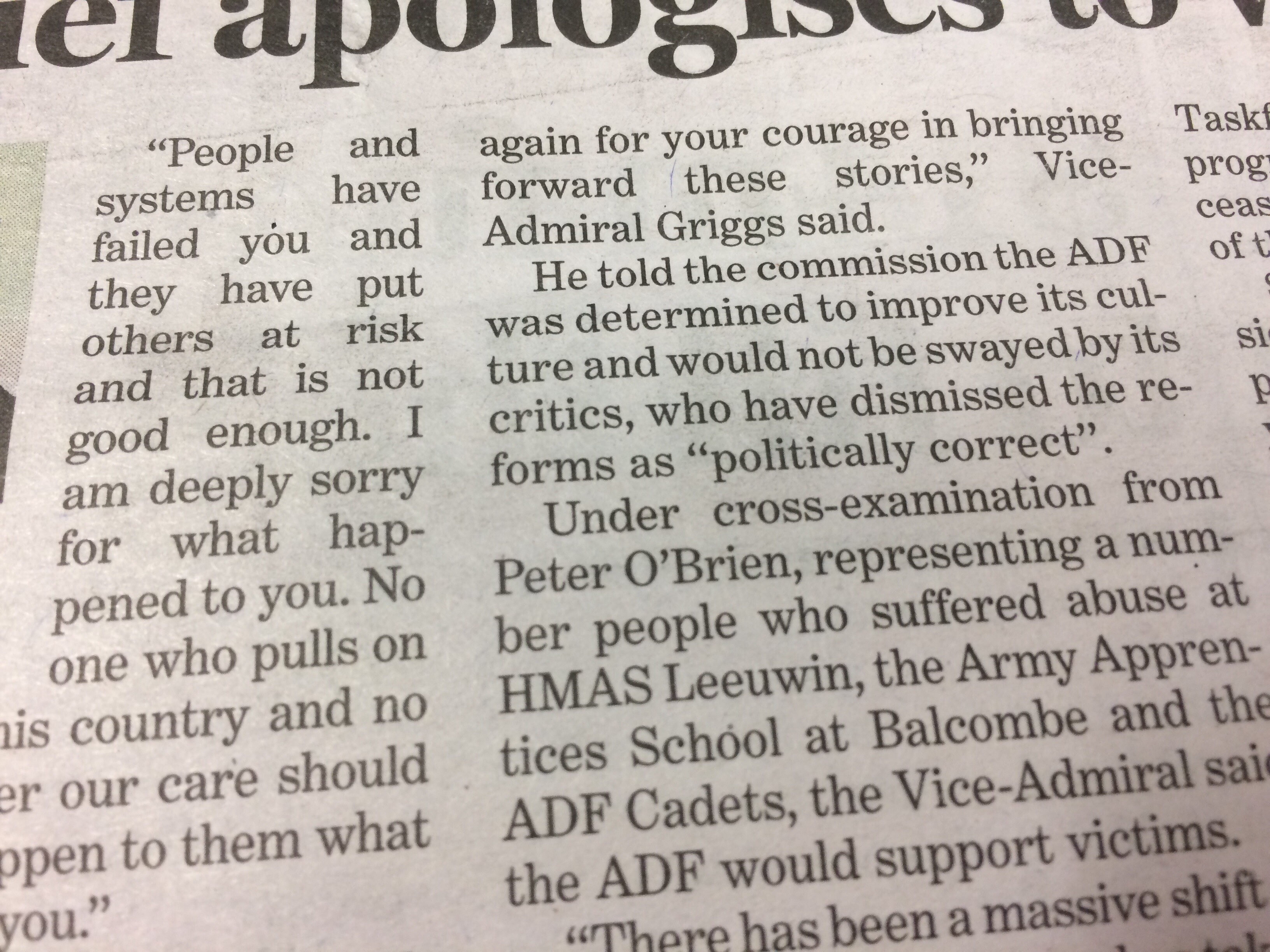 During cross-examination by Peter O’Brien, Vice-Chief Ray Griggs talked openly about the ADF’s failure to protect victims of child sexual abuse. Griggs’ comments came on the very last day of the Royal Commission’s 8-day inquiry into the Australian Defence Force.

Guilt of ADF for sexual abuse of children

Peter has been representing three survivors of child sexual abuse at the Royal Commission. One of them was a cadet at HMAS Leeuwin Naval Base; another attended Balcombe Army Apprentice School. Asked about these two institutions, Griggs replied:

Well, I’ve said publicly that I think the Navy of the day failed in its duty of care in respect to Leeuwin; and I would make the same sort of observation, based on the evidence that has been presented, in regards to Balcombe.

Peter O’Brien: Practically speaking, then, what have you been doing or what do you intend to do, given what you have heard about the very significant difficulties that these survivors have had in accessing appropriate not only services but reparation in terms of compensation and payments of damages?

Griggs: …[T]here has been a massive shift in the approach that Defence has taken towards dealing with these claims. Now, you know, I’m not qualified to talk about the nuts and bolts of the claims, but what I would say is that we are not going to shy away from our responsibilities.

Earlier in proceedings, Vice-Chief Griggs had requested permission from Justice Peter McClellan to address the survivors directly. Turning to the public gallery, he stated that, “People and systems have failed you and they have put others at risk and that is simply not good enough.

“I am deeply sorry for what happened to you. No one who pulls on the uniform of this country and no child who is under our care should ever have had happen to them what has happened to you.”