The criminal justice system has been brought into disrepute after an anonymous lawyer in Victoria was found to be a secret police informant. The notorious case of Lawyer X, also known as Informer 3838, was a criminal defence barrister who represented many figures in Melbourne’s so-called ‘underworld,’ including major drug traffickers, murders and Mafia members. Since coming to the forefront, public opinion has raised strong doubt about the hundreds of past convictions, the concept of professional privilege, and the dangerous practice of certain police tactics.

NSW Police were forced to conduct an internal audit of almost two decades’ worth of covert sources to ensure no similar scenario has occurred. It is by no stretch of the imagination to suspect this disgraceful conduct of police and lawyers has crept into New South Wales and other states and territories across Australia. In fact, many solicitors in NSW said they had heard rumours of members of their profession informing on their clients to police. Although the NSW Police have insisted their inquiry has not found evidence of alleged breaches of legal professional privilege similar to Lawyer X, the inquiry’s findings have not been internally released.

Last December, a High Court decision lifted suppression orders concealing the extent of Lawyer X’s involvement in the prosecutions that ended a gangland war, which involved prominent underworld figures Carl Williams and Tony Mokbel. The High Court found that covertly informing on clients was a ‘fundamental and appalling breach’ of the barrister’s obligation. The High Court judgement also condemned Victorian police saying they were guilty of ‘reprehensible conduct’ in encouraging barristers to give up information about the accused and their involvement in sanctioning was ‘atrocious breaches of the sworn duty of every police officer.’

Although the Supreme Court of Victoria, the Court of Appeal, and the High Court all ruled against the push for continued secrecy, Victoria Police revealed it spent $4.52 million on the legal fight to keep the identity of Lawyer X a secret. Furthermore, the courts said that the public interest in maintaining the integrity of justice system outweighed concerns for the lawyer’s safety. It is important for accountability and transparency to be highly regarded in the criminal justice system to earn the confidence and respect of citizens. 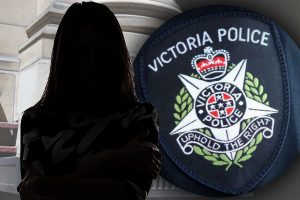