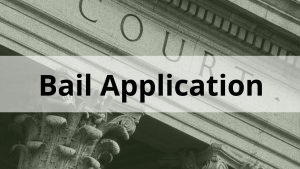 Let’s take a moment to review the history of bail law in NSW, so that we can appreciate in full the stupidity of the most recent reforms.

In 1978 Attorney-General Frank Walker’s reformed bail law entered into force, doing away with the discriminatory system of “cash bail” and introducing a general presumption in favour of bail. Over the next three decades a punitive turn (precipitated by an aggressive “law and order” campaign by a Liberal minister in the lead up to the 1988 state election) saw the Bail Act 1978 rehashed into a piecemeal and confusing law. Between 1995 and 2005 the rate of bail refusals in the District and Supreme Courts nearly doubled, and by 2014 over one quarter of all NSW prisoners were those who had bail refused.

Bail law based on “unacceptable risk”

Because of this crisis in bail law – and following an extensive NSW Law Reform Commission report – the attorney-general at the time (Greg Smith) introduced the Bail Act 2013. This revoked the system of presumptions and directed that bail be decided along the lines of whether or not the accused posed an “unacceptable risk” to society. This makes sense, no? Isn’t the only justifiable reason we can curtail the liberty of an unconvicted individual to prevent harm to others?

This new, progressive act entered into force on May 20, 2014. But within a month – a little month – Premier Mike Baird announced its review. Former attorney-general John Hatzistergos (a chief architect of the previous restrictions to bail) was wheeled out to conduct the review, which ultimately produced the latest reform. Under the new system, an accused is required to “show cause” as to why their detention before trial is not justified.

This amendment entered into force in September 2014. In the period between December 2014 and March 2015, the number of accused held in full-time custodial remand increased by 800.

So why the sudden shift from the progressive Bail Act 2013 to the retrograde ‘show cause’ provision introduced by the Bail Amendment Act 2014? The explanation can be pinned down to populist, inaccurate and inflammatory media coverage. Out of the hundreds of bail decisions that were made in the month after the Bail Act 2013 was introduced, three salient cases made headlines when bail was granted to three high profile accused. The tabloids and shock jocks latched onto these cases and used them to howl against the Bail Act 2013 until Baird announced the review. Ray Hadley’s particularly vociferous role in the 2014 amendments caused one magistrate to term the most recent law the ‘Ray Hadley bail act’.

Accusation does not equal guilt

So why is the September 2014 amendment so odious? Rule of law principles stipulate that citizens have a right to personal liberty, enjoy a presumption of innocence, should not be detained without legal cause, and should not suffer punishment with conviction by due process. At the time of a bail hearing, an accused is simply that; accused. Their guilt or otherwise has not yet been decided. In recent media coverage, however, “bail has come to symbolise ‘judgment’ and serve as a proxy for guilt and punishment”.

Moreover, the September 2014 reforms offend the important legal principles of reciprocity and generality. Generality requires that law be made after consideration of the general state of affairs, rather than in knee-jerk reaction to individual cases. Reciprocity requires us to legislate from behind a veil of ignorance; we should want the same laws applied to others as to ourselves.

There are also fiscal considerations against tougher bail laws; the estimated cost of holding one person on remand for one day is $330.80 – more than it costs to incarcerate sentenced inmates.

The tussle over bail law in the last few years has resulted in two steps forward and two steps back. Taking scope of the history of bail laws allows one to appreciate the immense flaws in the Bail Amendment Act 2014. It is time that we gave proper weight to history, evidence and the principles of justice in the bail debate – and not to shock jocks.

O’Brien Solicitors has ample experience and success in bail hearings. If you or someone you know has been accused of a crime and wishes to apply for bail, contact us on 9261 4281 or at