A group of survivors and advocates are calling for an end to abuse within the Australian Defence Force (ADF), off the back of the Royal Commission.

The Royal Commission into Defence and Veteran Suicide will not only examine suicides but also the underlying culture and practices that leads to Australian Defence Force abuse.

A group of women have come together to shine a spotlight on abuse of women in the armed forces. 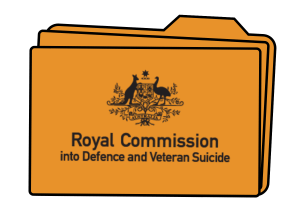 Danielle Wilson was 18-years-old when she experienced sexual assault during a training exercise. The orders were to stick together, in a single file and find their way through the smoke-filled mock ship looking for a way to safety.

“We had been told when we put on the overalls to remove our underwear for fear that synthetic fabrics would stick to our skin in extreme heat,” Wilson explained.

“This was only a mock exercise, but I guess it made sense at the time. What I did notice though was the pockets had no ends in them and you could put your hands straight through.

“Part way through the simulation exercise someone grabbed me, put their hands down my pockets and their fingers penetrated me.

“I tried to pull the hand away but they held firm, I don’t know who it was because we couldn’t see, and when we got out everyone looked the same.”

Danielle was never able to identify her assailant.

“I was very young and scared I didn’t know what to do. I totally freaked out,” she said.

“I reported it and was told to go away.

“That’s devastating in itself, that I was actually sexually assaulted and they didn’t want to know about it.”

Australian Defence Force abuse: “Suck it up princess, this is the Navy” 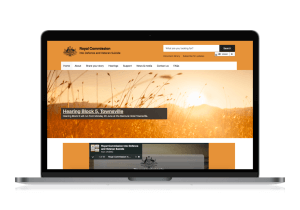 Danielle said she was often questioned about her sex life.

“Reporting that this harassment made you uncomfortable resulted in you getting told ‘suck it up princess, this is the Navy’.”

“I didn’t report things after a while because I knew nothing would be done about it,” she recalls.

Danielle was only 20 when she knew she needed to get out.

“I got pregnant because you can’t just quit, the only way out was to get pregnant, then we got married. I was 20, having my first baby as a way of getting out of a job.”

“Don’t get me wrong I don’t regret it, I look at my daughter as my little saviour.”

“I just lived in fear every day. Some days nothing would happen and other days it was a nightmare.”

“I became suicidal from the stress and anxiety.”

The ADF came under fire for its systemic discrimination against women. However, it also came under examination for practices which enabled children to suffer sexual and physical abuse.

Daryl James told the Royal Commission about the “systemic, traditional and commonplace abuse” at Balcombe Army apprentice school in Victoria in the 1970s.

In his first month at Balcombe, James experienced sexual and physical abuse including penetration with an object which was possibly a bayonet scabbard.

James suffers from severe post-traumatic stress disorder and had surgery because of what happened at Balcombe. He remembered early in his basic training a sergeant warned his class to protect themselves during “crab night”.

James recalled that he woke at midnight on crab night to find eight seniors around his bed, who identified him as “a gay sprog muso”.

They forced him on his stomach and told him: “You fucking homo sprog, don’t make this any worse by struggling,”

They stripped and painfully assaulted him. Someone said: “Tonight you gonna have your first period, sprog”.

O’Brien Criminal & Civil Solicitors represented Mr James in an action against the ADF, where a settlement occurred prior to trial.

In speaking to The Daily Telegraph, I noted that the cases against ADF can be complicated due to the concession schemes such as White and Gold cards.

“This claim was only for the conduct perpetrated against to Mr James – not for the subsequent mental and physical injuries that arose, nor any economic impact it had upon him. Therefore, it was not a personal injury claim,” I said.

I continued, “This case establishes a guide to award damages which equate to the seriousness of the abuse – regardless of if the survivor was able to live a relatively normal life or not.”

If you have experience ADF abuse, contact our lawyers today. We may be able to obtain compensation for your suffering. 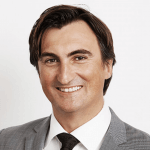 Peter is the Principal Lawyer and founder of O’Brien Criminal and Civil Solicitors. Peter is a highly experienced criminal defence and civil lawyer with more than twenty years of experience in NSW and interstate.

This author does not have any more posts.