We are a Sydney-based firm who can take on civil cases in all states and territories around Australia. This page contains information for people based in Northern Territory. If you are looking for representation in another location, please visit our main page here.

If you are a victim of police brutality in Northern Territory, you can sue the NT Police Force for false arrest, unlawful imprisonment and malicious prosecution.

O’Brien Criminal & Civil Solicitors can represent you in a civil claim against:

We can also assist you in making a claim against:

When can you sue the police?

Common occasions where a person may have an action against the police include:

Our expertise in Unlawful Arrest and False Imprisonment

O’Brien Criminal and Civil Solicitors are seen as experts in this area of law. Our principal criminal lawyer was the Principal Lawyer at Katherine Regional Aboriginal Legal Aid Service (North Australian Legal Aid Service) from 2000 to 2006. Our chief civil lawyer also worked in the NT for several years.

Our civil solicitor has assisted many clients in making successful claims against the Police and other authorities. Read about our successful case studies here.

Have you been mistreated by the police or other person in a position of authority? Contact us to determine whether you might have a civil claim against the police. Call us on (02) 9261 4281 for a free initial consultation. 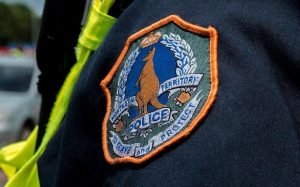