One of the roles of the Independent Commission Against Corruption (ICAC) is to investigate and expose corrupt conduct in the NSW public sector. Whilst the ICAC cannot prosecute you, it may recommend prosecution to the Director of Public Prosecutions (DPP). ICAC Hearings have broad powers to investigate any allegation or circumstance that implies that corrupt conduct took place. If the Commission calls you to appear, then you need one of our ICAC lawyers to represent you.

Some recent examples of the ICAC investigations include Operation Keppel. In this, we saw former NSW Premier Gladys Berejiklian appearing before the the ICAC in Sydney.

What is the ICAC? 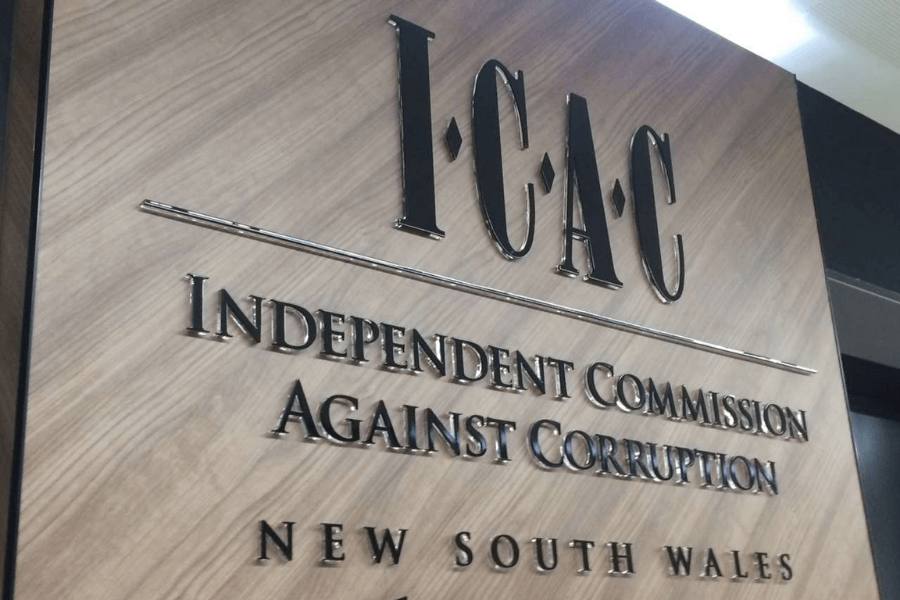 The Independent Commission Against Corruption (ICAC) is an independent organisation established by the NSW Government in 1988.

The Government founded ICAC with the purpose of:

The ICAC broadly operates to extend to all NSW public sector agencies, their employees and contract staff. This includes persons employed in government departments, state-owned corporations, local councils, members of Parliament, ministers, the Judiciary and the Governor.

The establishment of the ICAC required the Government to create the Independent Commission Against Corruption Act 1988 (‘the ICAC Act’). This is the primary piece of legislation governing the ICAC’s operations.

The principal objects of this Act are—

(i)  to investigate, expose and prevent corruption involving or affecting public authorities and public officials, and

(ii)  to educate public authorities, public officials and members of the public about corruption and its detrimental effects on public administration and on the community, and

(b)  to confer on the Commission special powers to inquire into allegations of corruption.

The ICAC is a publicly funded organisation that is independent. Its design is to operate outside of the direction of politicians and business. The ICAC identifies its independence as an essential feature. This is necessary to preserve community confidence that the ICAC has no influence from the Government to operate in a particular way, or to a specific agenda aligned with Government.

Functions of the ICAC include:

Right to silence is not fully available in ICAC hearings

If you receive a summons to give evidence at a compulsory examination or public inquiry, ICAC will normally allow you to have legal representation. If answering questions or producing documents might incriminate you, then you should arrange legal representation. It is a criminal offence to fail to attend the hearing or to refuse to answer relevant questions. However, you may object to certain questions from the ICAC barrister or other examiner. O’Brien Criminal and Civil Solicitors ICAC lawyers can represent you at the hearing to ensure the protection of  your rights.

If you’re the subject of an allegation of corrupt conduct, you or your lawyer will have the opportunity to examine the witnesses who make the allegation. If there is a possibility of an adverse finding made against you, Counsel Assisting the ICAC will prepare submissions that set out the potential adverse findings. Then, you or your lawyer can make submissions in response. In this situation, we advise that you engage a lawyer. O’Brien Criminal and Civil Solicitors provides these services, including engaging a barrister if needed.

We have experience in commissions of inquiry

O’Brien Criminal and Civil Solicitors can also provide you with expert representation at any inquisitorial body. These include such bodies as ICAC, a Royal Commission, or the NSW Crime Commission or the Australian Criminal Intelligence Commission.

In conclusion, of all lawyers in Australia, there would be very few, if any, who have done more commission work than our solicitors in all probability.