I need a lawyer!

That is what you may say when you discover you’re in legal trouble such as facing police charges.

While many people have represented themselves, and some successfully, most people engage a lawyer when facing criminal charges.

Criminal lawyers have studied for years and know the ins & outs of the criminal justice system. They are more likely to get you the best result possible than going it alone! 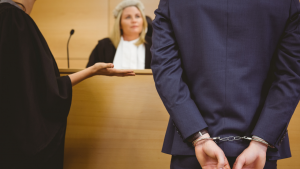 Is it cheaper to go to court without a lawyer?

You probably say to yourself, maybe I can represent myself. It’s cheaper! You’ve watched courtroom dramas on TV…surely you’ve learned something about being a lawyer from that.

But is it cheaper in the long run? What price do you put on your freedom if you fail? What if you don’t get bail and you’re on remand (in jail until your matter finalises)? It’s going to be hard to access the resources and services you need from a jail cell.

Do you know how to apply for Legal Aid?

A criminal defence lawyer may not necessarily cost you a cent. We can assist those who qualify in applying for legal aid. Legal Aid is a Government program that funds all or part of your defence.

Will you be able to request the Police pay your costs if your defence is successful?

Did you know that was even possible? In some cases, the court can award ‘costs’ to the accused. This can happen if the prosecution case is especially weak or there are elements of malice or unlawfulness in their investigation or prosecution. ‘Costs’ means that the Police will have to reimburse you for the money you spent on a lawyer.

Do you have the skills to go without a lawyer?

The legal system is complex. Even a strong defence case can come undone without an experienced, skilled lawyer who knows the intricacies of the law. They also know how to navigate the court system.

Can you get bail?

Getting bail is now more difficult than ever. This is due to public pressure after several high-profile crimes were committed while the accused was on bail. It is vitally important that you get your bail application right the first time.

Can you negotiate with the prosecution or police?

Will you be able to negotiate with the prosecution (the Police or the DPP) to drop or downgrade charges? Did you know that was even possible? The prosecutor is a lawyer too, but they’re not going to help you work out your defence.

The criminal justice system isn’t just turning up to court, there’s a whole range of things than happen in the background.

Will you know how to plead?

Should you plead guilty? Or not guilty?

You can then claim extenuating circumstances, show remorse or hope that previous good behaviour will mitigate your sentence. You then might also get a discount on any sentence you recieve.

Perhaps not guilty is the best plea, and you can put the prosecution to the test. They’re the ones that have to prove you’re guilty.

An experienced criminal defence lawyer will explain your plea options and make sure that you get the best outcome. A good plea can result in an lighter sentence or even no conviction at all.

Do you understand the procedures of the court?

Will you know what steps in the process will need action by you, or even your presence? Lawyers know how to file court documents and handle the court procedures. If you’re not a lawyer, you may not have a handle on the timing and methodology for meeting the court’s requirements. If you get it wrong, that one bungled clerical step could cost you a lot. Both monetarily and in your likely outcome.

Are you part of the legal network?

Will you know the right expert witnesses to use in your defence?

Bear in mind that you may need forensic or medical or other witnesses who can testify on elements of the matter that are beyond the expertise of laypeople or lawyers. For example, a good criminal defence lawyer knows who to call to examine scientific evidence, and can then be the subject of examination in court.

Will you know how to challenge evidence?

Did you know that if a key piece of evidence against you was improperly obtained, then the court may have to reject it and any other “fruit of the poisoned tree”? For example, say police searched you illegally. As a consequence, they found information on your phone that led them to other evidence or charges. In that instance, your lawyer may object to that evidence.  Then the court may throw out anything which came about as a result of the illegal search.

What if the testimony of a witness contradicts an earlier statement by that or another witness, or an accepted fact? An astute lawyer will pick up on that.

Don’t let emotion trip you up

For most people, there is a lot at stake with a criminal court case. The result can be life changing.

They could spend substantial time in prison. The person may have to pay substantial fines or lose privileges such as drivers or professional licences. They may suffer “extra-curial” punishment, such as loss of work, public shaming, or breakup of family relationships. Because of the importance of these consequences, they can let their emotions carry them away.

They may feel outrage that they have suffered a false accusation. They may feel vengeful against an accuser or the prosecution. Anger and fear can also be emotions that prevent them from thinking clearly.

You need someone who has no emotional attachment, who won’t let their feelings cloud their judgement. The best person for that is someone who is not a party to the case and has legal education and experience.