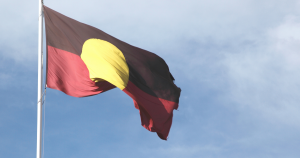 Victoria Police told The Age that it will not be proceeding with criminal charges against police officers involved in the death of Yorta Yorta woman Tanya Day.

The mother and grandmother was arrested for public drunkenness after being found asleep on a train travelling from Bendigo to Melbourne in December 2017.

Tanya fell and hit her head within hours of being detained in Castlemaine. Her injuries went unnoticed by officers until an ambulance was called three hours later. Ms Day died from a haemorrhage 17 days later.

Indigenous Australians are three times more likely to be jailed for public order offences. Public order offences include drunkenness, which is what Ms Day was arrested for. Targetting Aboriginal and Torres Strait Islander people for minor offences adds to the disproportionate number of Indigenous people in custody, and in turn, leads to a disproportionate number of deaths in custody.

The number of deaths in custody should be zero. The Police and Corrective Services have a duty to care for those in custody which extends to oversight of their health and welfare.

According to medical evidence during the inquest, Tanya would have had a 20 per cent chance of survival if medical attention was given as soon as she was injured. Her chances of survival would have been much higher if she had not been thrown into a cell for sleeping and being drunk on a train.

As a white woman, I could guarantee that if I was intoxicated on a train, I would have either been ignored by police, or I would have been told to go home. There’s even a chance that the police officers themselves would have offered me a ride home as has happened to friends of mine. I can’t imagine a universe where I would be sent into a cell for simply being drunk.

The Victorian Attorney-General’s office has since committed to abolishing the criminal offence of public drunkenness – as it rightly should. The offence is a tool used by Governments to criminalise the behaviour of Indigenous Australians.

Being drunk and falling asleep should never lead to a death sentence. The decisions taken by Victoria Police in dealing with Ms Day were based on an institutionally racist practice. It is a situation too many Indigenous families are familiar with.

We support the calls of Ms Day’s family for justice over her death.

If you have been injured by Police or Corrective Services contact O’Brien Criminal and Civil Solicitors on (02) 9261 4281 or .