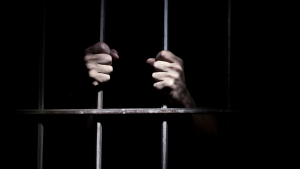 Professor Walsh told the ABC the research was the most harrowing she had done.

“I was astounded by the level of suffering [and] shocked by how little investigation is occurring into these issues,” she stated.

The United Nations considers isolation for more than 15 days, 22 hours a day with little to no interaction with other prisoners a form of torture.

In Australia, some prisoners are legally held in their cells, alone, for years.

Lawyers don’t often know when their clients are in solitary as the name for the confinement can vary from prison to prison. Some example terms include:

UQ Professor Walsh, along with a team of researchers, conducted research on solitary confinement alongside the Queensland Prisoners Legal Service.

According to the research, 28 of 30 prisoners in the study suffered a “substantial deterioration” in their mental health conditions due to solitary confinement.

Prisoners experienced symptoms that they had never experienced before. These included psychotic delusions and obsessive behaviours like smearing faeces.

A lack of rehabilitation for prisoners

Section 3A of the Crimes (Sentencing Procedure) Act 1999 (NSW) lists the purposes for sentencing. Two of the purposes include protecting the community from the offender and promoting rehabilitation in the offender.

Solitary confinement deteriorates the mental health of the offender presenting a greater threat to society upon release and doing the complete opposite of rehabilitation for the offender.

“They’ll get out of prison generally worse than how they came into prison, and so our society is the one that will pay that bill,” Human Rights Watch campaigner Kriti Sharma told the ABC.

“Our role is to correct criminal behaviour. If we don’t have the appropriate facility to do that, we’re doing nothing but warehousing criminals.”

Not only does solitary confinement prevent rehabilitation of prisoners, it actively impairs cognitive function.

According to brain chemist Dr. Elena Blanco-Suarez, those in the extreme cases of isolation have seen a decrease in the size of the hippocampus. This is the brain region related to learning, memory and spatial awareness.

“The sustained stress of extreme isolation leads to a loss of hippocampal plasticity, a decrease in the formation of new neurons, and the eventual failure in hippocampal function,” Dr Blanco-Suarez stated.

“Solitary confinement as a punishment is closer to a form of torture, with serious consequences for neurological health.”

Human Rights Watch obtained the affidavits of three Aboriginal men who have died inside Western Australia prisons. All three of the men spent substantial time in solitary confinement in WA.

In 2018, 40% of prison entrants in Australia reported having a mental health condition at some stage in their life, according to the Australian Institute of Health and Welfare (AIHW). One-quarter of prison entrants that year had a high or very high level of psychological distress.

When vulnerable prisoners don’t get the services they require to rehabilitate and recover, then the entire criminal justice system becomes defunct. Society requires better access to health care services, more staff and more public facilities to compensate for the over-population in our prisons. Simply throwing someone in a cell does nothing for their personal health, and the health of the community.

Contact O’Brien Criminal & Civil Solicitors if you have been impacted by mistreatment in custody. You can call us (02) 9261 4281 or .