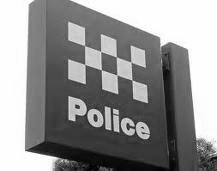 Benjamin Batterham, now 36 years old, was at his home, in Hamilton, an inner city suburb of Newcastle, having drinks with a friend in the early hours of 26 March 2016 when he saw a man in his house, coming out of his baby daughter’s room. The man was holding what would later be found Read more about Press Release – Benjamin Batterham Found Not Guilty by Newcastle Jury[…]

Details of the widespread use of ‘spit hoods’ in the Adelaide Youth Training Centre have been released today in a report published by the South Australian Ombudsman. The use of spit hoods has been illegal in all other jurisdictions following the Royal Commission and Board of Inquiry into the Protection and Detention of Children in Read more about South Australia report condemns the use of spit hoods in Adelaide Youth Training Centre[…]