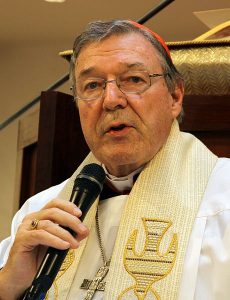 The George Pell decision will have a deleterious impact on victims of childhood sexual abuse in profound ways. The high-profile nature of the proceedings means the decision will impact substantially on the preparedness of many victims of historical child sexual abuse to engage in the criminal justice system.

On the other hand, it is also a reality that there are hundreds of prisoners in Australia convicted on the uncorroborated evidence of complainants, where there was an open possibility of innocence that was rejected by the jury.

The only reason they are languishing there, and Pell is no longer, is because they do not have the funds nor fame to appeal to the high court in the manner Pell did.

And in those rare cases where they are able to attempt it, they are extremely unlikely to be granted special leave to appeal.

Many criminal convictions come about from uncorroborated evidence

It is entirely appropriate that an accused can be convicted on the uncorroborated evidence of a complainant. After all, most sexual offences are committed in circumstances where it is only the complainant and the accused present. Where there is other potentially credible evidence to challenge that account, the jury must apply the high standard of proof to reach their verdict.

Special leave to appeal based on the evidence is rarely granted

It is very rare for a jury verdict to be analysed by the highest court in the land by reference to the facts in the matter. The high court is most commonly focused on resolving issues of law that do not involve decisions as to the strength of the evidence.

The vast majority of cases asserting that the verdict was unsafe and unsatisfactory based on the evidence are not given special leave. That application is ordinarily refused by one or two judges of the high court sitting in strictly timed hearings, or on the papers.

In Pell’s case, the High Court of Australia put the issue of special leave directly before the full court. This is most uncommon. It meant that the parties were able to ventilate the entire merits of the appeal with scrutiny on all aspects of the evidence before all the judges. This was only allowed to happen because of the infamy of the appellant.

Since the inception of the Royal Commission into Institutional Responses to Child Abuse, criminal jury trial courts around Australia have seen a marked increase in defendants accused of child sex offences that occurred decades earlier.

The indictments framing the allegations can span periods of months or even years. Often the complainant cannot precisely identify when the sexual assault took place. They were children when it happened. So, the time frame for the assault is often expressed by proximity to a point of reference – for example, when mum lived with my stepdad, or when we lived in a particular suburb, or during the Christmas holidays.

The accused is also forced to a position where they might have to account for their movements and whereabouts over vast stretches of time, many years ago. Unsurprisingly, evidence is often led that might offer an alibi or present an absence of opportunity to offend at the relevant times.

In those matters the jury is charged to accept or reject that “opportunity” evidence based on other evidence, the manner it is presented, or summing up the totality of the evidence.

In Pell’s matter, the jury considered the opportunity witnesses and rejected that evidence, accepting instead the complainant’s account. The high court found that the majority analysis in the Victorian Court of Appeal analysis was incorrect.

When the high court analysed it themselves, it determined that the jury could not have rationally discounted the reasonable possibility that there was an absence of opportunity.

Many complainants in these matters are suffering with long lasting and wide-ranging impacts of the abuse. Many victims of abuse within institutions, such as the Catholic church, were actually targeted by their abusers because of their already marginalised and vulnerable circumstances.

Their lives, years later, are shattered by the abuse. The victim of childhood sexual abuse requires tremendous resilience and support to get through the ordeal of a criminal trial. And where proof is not met, it can be monumentally damaging for the abuser to be set free.

Pell’s accuser may find justice in a civil lawsuit

Pell will still likely face his accuser in a civil lawsuit. It may be that victims of historical child sexual abuse will prefer to seek their justice in the civil courts alone or at first instance, where the standard of proof is on the balance of probabilities, rather than beyond reasonable doubt.

There, a successful plaintiff can obtain significant damages if the abuser is with means or was working within an institution that failed them. But the abuser won’t be imprisoned.

Will we see a dual system of justice, where the wealthy can escape prison?

The danger is the creation of divergent systems of justice. The civil jurisdiction will become the place where such matters are litigated by victims against wealthy offenders and the outcome is measured by compensation payments, without jail.

Meanwhile other offenders are dealt with by the criminal justice system, with the inherent risk of further damaging the victim, in the absence of compensation, and with a low likelihood that a conviction will be secured.

While they do a good job in managing expectations, it is more important than ever before that police and prosecutors are as transparent as possible with victims as to the strength of the evidence and the likely outcome. In weak cases it may still be cathartic for some people to face their abuser and to tell their story in court.

For others it may be destructive. Ideally complainants ought to be independently advised on these matters to consider making hard decisions that may result in some matters not being pursued through the criminal justice system.

The complainant in Pell’s case, Witness J, is obviously a man of extraordinary character. In the aftermath of the decision he released a statement that said, amongst other things:

It is difficult in child sexual abuse matters to satisfy a criminal court that the offending has occurred beyond the shadow of a doubt. It is a very high standard to meet – a heavy burden. I understand why criminal cases must be proven beyond all reasonable doubt. No-one wants to live in a society where people can be imprisoned without due and proper process. This is a basic civil liberty. But the price we pay for weighting the system in favour of the accused is that many sexual offences against children go unpunished.

This is a powerful and eloquent statement of the competing considerations that our society must wrestle with. The answer is not yet clear.

As a society, we have to ask whether there are other alternatives or a better use of our resources than the present criminal court process.

Resources aimed at prevention, assistance in coming forward and healing of victims is a must. Independent representation of complainants of childhood sexual abuse in criminal proceedings should be considered, so that they are best informed as to the intricacies of the legal process they are enmeshed within, and their interests in securing justice are properly considered.

If we do not consider alternatives or divert resources then we must live with the reality that the criminal justice system will result in many sexual offences against children going unpunished and that the blunt, artificial and slow ordeal of the process will further harm many victims.

Peter O’Brien represented many victims in the Royal Commission into Institutional Responses to Child Abuse and cross examined Cardinal George Pell at that inquiry. He works for defendants and complainants in the criminal justice system and wrote this article for The Guardian. You can see the published version here.