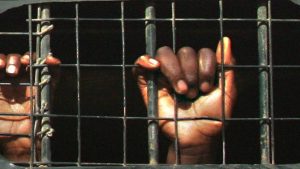 On 24 March 2020, the Crimes (Administration of Sentences) Act 1999 was amended to enable the Commissioner of Corrective Service the ability to grant parole to certain inmates in custody in NSW.

The amendments are temporary measures, initially for six months but with a possibility to extend, and will only be used if necessary, in response to a COVID-19 health emergency in the prisons.

On 28 March 2020, the first case of COVID-19 in a NSW prison was confirmed, a health care worker at Long Bay Hospital, in Sydney’s southeastern suburbs. All necessary measures have been taken to protect staff and inmates.  Corrective Services have not disclosed any other confirmed cases among staff or inmates in prisons.

The Commissioner of Corrective Services

The Commissioner’s functions in respect of releasing inmates on parole under section 276 of the Act are limited to a period of 6 months from 25 March 2020 (or a total period of up to 12 months from that date if a longer period is prescribed by the regulations).

The power of the Commissioner to make a “Commissioner’s order” for conditional release of an inmate on parole is discretionary.

The State Parole Authority has announced that Corrective Services would be responsible for the supervision of parolees in the community. In the event of a parole breach they would be returned to prison.

The State Parole Authority will therefore not be involved in this process of conditional release for eligible offenders.

To be eligible the inmate must belong to a class of persons prescribed by the regulations and the Commissioner must be satisfied that releasing the inmate on parole is reasonably necessary because of the:

Inmates in the following classes cannot be released on parole by the Commissioner:

Section 276(3) of the Act provides that certain inmates may not be released on parole by the Commissioner.

Factors to be considered before prisoner early parole release

Section 276(4) of the Act requires the Commissioner to consider various factors before releasing an inmate on parole.  The factors are as follows: