The Suspect Target Management Program (STMP) has come under regular fire for its racially discriminatory and likely unlawful pre-crime powers.

Background: What is STMP, when did it start?

The STMP is a secret NSW Police policy that police say are “designed to reduce crime among high risk individuals”. The policy allows police to conduct random personal searches and home visits at all hours of the day to anyone on the list. Instead of targeting serious offenders, the STMP disproportionately targets young children and especially young First Nations children.

The STMP has been in operation since the early 2000s. Since then, there has been little transparency. It is wholly unclear what the criteria for inclusion on the list is and  how police allocate risk categorisation. Further, police target a person without even formally notifying that person that they are on the list. 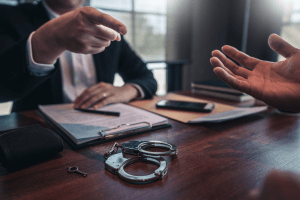 People simply are vulnerable to police abuse without any method of recourse.

“Unrestricted discretion” to place people on the STMP

According to PIAC, the documents reveal the following:

No accountability, No transparency

Many critics over the years voiced for the need for the discontinuation of the STMP, including Redfern Legal Centre.

PIAC Principal Solicitor Camilla Pandolfini emphasises the need to divert children away from police and prisons. 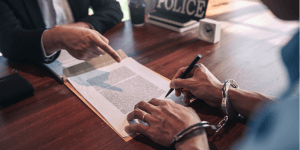 “We’ve known for decades that exposing children to repeated, invasive interactions with police is harmful.  We need to be diverting young people from the criminal justice system if we want better outcomes, not increasing their interaction with it,” she said.

‘We urge the NSW Government to cease use of the STMP against children and ensure it isn’t used disproportionately against First Nations people. How much longer can we keep doing the same things and expect a different result?’

“The tool needs to stop being used by police to ensure that people can live their life without constant police monitoring.”

If you believe that you are on the STMP list and want to seek legal advice give us a call on (02) 9261 4281. The first consultation is always free.