The law relating to tendency and coincidence evidence has recently been amended in NSW in a very significant way, in particular for child sexual assault offences.

The Evidence Amendment (Tendency and Coincidence) Bill 2020 is due to commence on 1 May 2020 and will significantly amend the tendency and coincidence provisions in the Evidence Act 1995 (NSW).

The Bill was introduced as a response to recommendations of the Royal Commission into Institutional Responses to Child Sexual Abuse.  The overview of the Bill is as follows:

Overview of Bill to amend the Evidence Act 1995

The Bill will introduce further new provisions in s 94 and a new s 97A into the Evidence Act.  The practical effect of the amendments is to greatly expand the admissibility of tendency and coincidence evidence in criminal proceedings for child sexual offences.  In such cases as these, the safeguards provision of s 101(2), which states that tendency and coincidence evidence cannot be used against a defendant if the probative value of the evidence substantially outweighs any prejudicial effect, will be significantly watered-down.  The amendments have removed the word ‘substantially’ for 101 and created a presumption in s 97A that tendency evidence about a sexual interest in a child will be presumed to have significant probative value.

Reform will affect accused in a child sexual assault trial

The law relating to tendency and coincidence in NSW has seen a number of changes in recent times.  This most recent reform is likely to have profound effect for an accused person in a child sexual assault trial.  It is likely that the amended will swiftly bring about its intended purpose to make this evidence more readily admissible for the Prosecution and to assist in bringing about more convictions in these trials.

From 1 May 2020, it will be important to observe in criminal proceedings where these provisions are relevant, whether there are any unintended consequences of the legislations and, indeed, whether the accused is truly capable of receiving a fair trial. 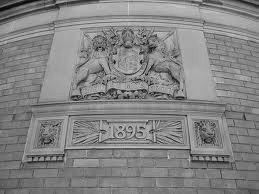