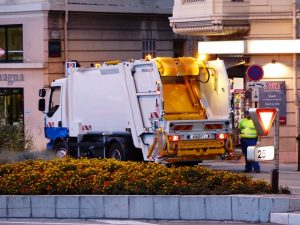 Northern Beaches accident results in death of a grandmother

On 7 May 2020, Mr Teremoana Tekii, the driver of the garbage truck which brought about the unfortunate death of Ms Hane Mathieson on 8 February 2018 at Dee Why, was cleared by the court of dangerous driving causing death.  Prior to the collision, Ms Mathieson has been walking with her grandson in a pram.

The grandson was not injured in the collision.

The trial was heard by judge alone before Judge North at Sydney District Court at the Downing Center in Sydney’s CBD. Mr Tekii was represented by O’Brien Criminal and Civil Solicitors and barrister Ms Corrie Goodhand as his Counsel.   The trial commenced on 22 April 2020 and ran for 10 days.

The Crown argued that the manner of driving was dangerous as he had responsibility for the truck and that he had two loaders, who each worked for the garbage truck company, who were able to assist him by getting out of the vehicle to guide him while it was reversing.

It was established through GPS records that the truck was reversing at 11.9 km/h at the time of the collision.   The Crown argued that this was an excessive speed and his driving in all the circumstances was dangerous.

Defence was that he took the possible precautions

The Defence strongly challenged the Crown theory and argued that there was no reliable evidence upon which the court could ultimately be satisfied that Mr Tekii was driving in a manner dangerous.

The Defence case was as follows:

The court ultimately accepted the above and held that despite the tragic outcome, Mr Tekii took all reasonable steps to reverse safely.

His Honour North DCJ found that Crown failed to prove beyond reasonable doubt that the matters it relied on upon amounted to driving in a manner dangerous and Mr Tekii was according found not guilty.

After the trial Mr Tekii expressed his condolences for the Mathieson family’s loss.