Indigenous crime is down, imprisonment up. Wait, what?

Indigenous crime rates are down, and down by a lot. BOCSAR has recently released statistics on the period from 2001 to 2015, which show that arrests of Indigenous people for violent offences have dropped by 37 per cent, and for property crime by 33 per cent. Amongst young Indigenous males, arrests for violent crimes have been more than cut in half: down by 58 per cent for those aged 20-24. 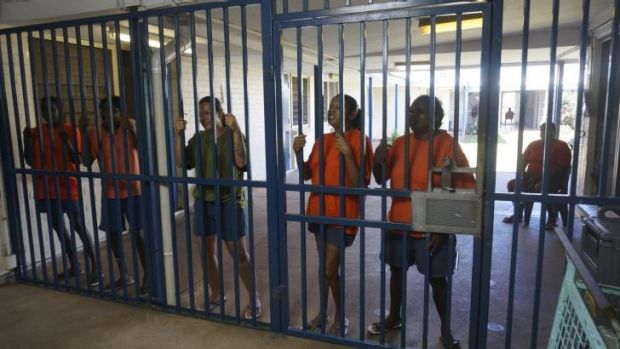 These are incredible statistics. They indicate an approximate one-third drop in Indigenous crime rates, and should be cause for celebration. But – and when you’re talking about Indigenous criminal justice there always seems to be a but – BOCSAR released these statistics with another, less inspiring, set of numbers.

In the same period that Indigenous arrests fell, the number of Indigenous Australians in incarceration more than doubled. As an age-standardised percentage, the rate of Indigenous imprisonment rose by 40 per cent between 2001 and 2015. This. Does. Not. Seem. Right.

Basic intuition tells you that the less involvement a group has with crime and police, the fewer members of that group will be imprisoned. In this case, it seems like the exact opposite is happening. So what is going on here?

The short answer is political meddling. BOCSAR explains that the growth in Indigenous incarceration is due to three intersecting causes. The first is an increase in the proportion of Indigenous people who are charged with a crime actually being convicted for that crime. The largest growth in convictions occurred in the area of justice procedure offences (for example, breach of a community-based order or breach of a violence order). The number of convictions for justice procedure offences has grown by 1,746 over that 15-year period. In the words of BOCSAR’s report, “[t]he abrupt nature of the change in this category of offence between 2009 and 2010 suggests a change in policy rather than a change in offending.”

Coinciding with this increase in convictions is an increase in the proportion of those convictions that lead to a prison sentence. This growth is sharpest in the offence categories of justice procedure offences and violent offences, but the new inclination towards incarceration is found across the board. BOCSAR writes that “14 out of the 16 offence categories show an increase in the proportion of convicted Indigenous offenders receiving a prison sentence, suggesting that harsher sentencing practice might be a significant contributor to the growth in the Indigenous imprisonment rate.”

The third key factor driving up Indigenous imprisonment rates is the growth in remand (when an accused is refused bail). The number of Indigenous prisoners on remand grew by 238 per cent between 2001 and 2015. We’ve written about the iniquity of an overzealous bail system before: it takes individuals away from their community for no good reason (bail is, on principle, unfair: it locks up an individual prior to them being found guilty for a crime). We can now add another reason to oppose harsher bail law: it demonstrably contributes to the problem of systemic Indigenous disadvantage.

This, in the end, is the key point: while the non-Indigenous prison population has also risen over the same period, any increase in punitiveness tends to have a disproportionate effect on our most vulnerable groups. Apparently this is still the case even when offending is falling within those groups. These statistics show that the harsher punishments which are dished out to Indigenous people who come into contact with the criminal justice system dwarf the decrease in Indigenous offending. The statistical anomaly is not an anomaly at all, but just good old, old-fashioned, built-in disadvantage.