The NSW Police have lashed out at Sydney’s music scene for the increase in gang-related violence.

The gang task force, Strike Force Raptor, say that the music incites violence, and that streaming platforms should remove these songs.

Drill is a genre of music that originated from the South Side of Chicago in the early 2010s. Drill is characterised through violent and provocative lyrics. It then became popular in South London where drill became known as UK drill or road rap.

The subgenre of Australian drill became popular with OneFour rising to fame in 2019. The members include YP, Lekks, JM, Spenny and Celly14 who come from the suburb of Mount Druitt.

OneFour have been subject to many legal issues. In July of 2018, OneFour members YP, Lekks and Celly14 were involved with an altercation in Rooty Hill. All three went to jail over several charges including recklessly inflicting grievous bodily harm. Lekks and Celly14 are still currently facing time behind bars.

21 District and OneFour have exchanged songs in the past. Police say those songs glorify gang violence and exhibit an ongoing turf war.

In ‘The Message,’ OneFour makes reference to “rival gang” 21 District rapping, “21 what, one got knocked, hah! I guess that makes them 20.”

21 District, also known as the “Inner West gang”, who are from the suburbs of Sydney’s inner west where postcodes start with 21. 21 District came out with a song titled, ‘The Reply’ where they make reference to OneFour rapping that “we got your message.” Further rapping, “But 21 what, one got knocked?/ Nah lad ain’t gonna let that slide.”

Law enforcement believe that these songs and videos “incite violence.” Acting Assistant Commissioner Jason Weinstein stated that, “some of the songs appear to be put out there to antagonise the other side and that can lead to retribution.”

In the music videos each group released, a disclaimer fills the screen reading, “entertainment purposes only.”

Law enforcement have critiqued Australian drill, taking in each lyric with literal interpretation.

Sergeant Nathan Trueman from Strike Force Raptor raises concerns about OneFour and their alleged links to gang activity in Sydney. Trueman warned the group that he will “use everything in my power to make your life miserable, until you stop doing what you’re doing.”

Strike Force Raptor works with the Strike Force Imbara, established in 2019 to “dismantle street-level criminal groups involved in violent acts in Sydney’s west.” Strike Force Imbara continues to investigate the turf wars that have escalated between groups and their links to Australian rappers such as OneFour.

“They want us to get off the street, yet they won’t give us a chance to,” OneFour wrote on their Instagram account.

NSW Police assistant commissioner Jason Weinstein confirmed to The Daily Telegraph that they would “attempt to remove certain songs from streaming platforms if they believed the lyrics incited violence or criminal activity.”

It is not the first time NSW Police targeted Australian drill rappers.

In 2019, NSW Police went to extreme lengths to make Onefour’s life “miserable,” banning them from performing in Australia. “OneFour will be the first Australian band effectively banned from performing in their own country,” OneFour wrote in a statement posted on their Instagram. They were also banned from attending the 2019 ARIA Awards

There have been unprecedented efforts from law enforcement globally to stop rap and hip-hop scenes.

In the UK drill scene, many rappers have been targeted by law enforcement. 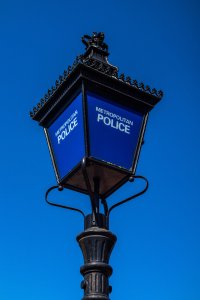 VICE obtained data via a Freedom Of Information (FOI) request which revealed that the Metropolitan Police (police force of Greater London) asked for the take down of 510 music videos from YouTube in 2021. YouTube complied with 96.7% of these requests. The Metropolitan Police have a project named Operation Domain where they monitor and request to remove, “videos that incite violence”. The project changed name in 2019 to ‘Project Alpha’.

In 2018, a court order was issued where Digga D was restricted with what he could mention in his lyrics, he also needed approval from law enforcement on songs before they were released.

Through a court-sanctioned “criminal behaviour order,” UK drill rappers Skengdo and AM are also subject to needing approval from law enforcement before releasing songs. They are also banned from performing and received a suspended sentence in 2019 for performing their music.