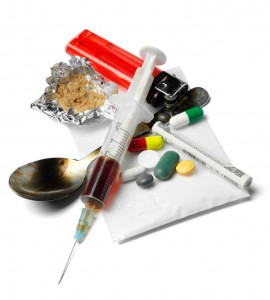 One Sunday morning, police observed WQB at an intersection in the Eastern Suburbs of Sydney. He appeared heavily drug-affected. Subsequently, a physical search by the officers revealed a small quantity of GBH in his possession.

The drug gamma-Hydroxybutyric acid or GHB has the nickname GBH (Grievous Bodily Harm) on the street. People take it at dance parties and to enhance sex. Although it’s a depressant or sedative, like alcohol, in small doses people find it stimulates them.

At the time of his charge, WQB was on bail for previous drug-related offences. A condition of his bail was to abstain from taking drugs and alcohol.

Police arrested WQB pursuant to Section 77(1)(e) of the Bail Act 2013. This was for failure to comply with a condition of his bail.

WQB was subsequently charged. He pleaded guilty to possessing a prohibited drug under Section 10 of the Drug Misuse and Trafficking Act 1985.

Illness and drug dependency key in his sentencing

In conclusion, the Court was sympathetic to WQB’s current circumstances. Accordingly, Her Honour determined that a sentence pursuant to Section 10A of the Crimes (Sentencing Procedure) Act 1999 was appropriate. She convicted WQB for his drug possession charge. Subsequently, the proceedings were then disposed of without imposing any other additional penalties.