Behave in offensive manner in public and affray 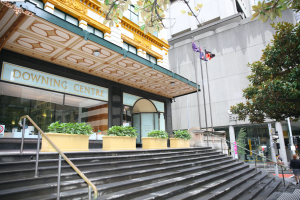 KXP was drinking at a hotel in Darlinghurst in Sydney’s inner suburbs during the early hours of the morning with friends. KXP’s friend obtained a chair from another table when its occupants left to utilise the designating smoking area. When the occupants returned, they asked for the chair back which resulted in a brawl between the parties.

Security removed both parties from the premises and contacted police. Police detained and charged all participants with affray and behaving in an offensive manner in public. KXP instructed the defence to plead guilty upon appearance at Downing Centre Local Court in Sydney.

Upon sentencing, the defence made submissions regarding KXP’s prior good behaviour and lack of past criminal records. Submissions also included a statement from KXP’s old school teacher regarding her character and background. On these facts, the magistrate made an order for non-conviction with a 12 month bond for good behaviour.