Facts: discharging a firearm for GBH 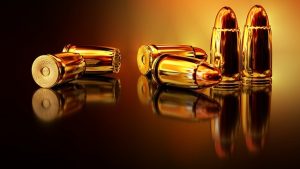 ANX was charged with discharging a firearm with intent to cause grievous bodily harm. After detailed negotiations, the prosecutors dropped those charges. ANX pleaded guilty to being an accessory after the fact to firing a firearm in a public place and participating in a specially aggravated attempted break and enter. ANX was part of a criminal organisation, and committed a series of offences for and with them.

In relation to the first charge, ANX drove a vehicle which the principal offender used to get to and flee the crime scene.

In relation to the second offence, ANX attempted to break into a dwelling armed with a firearm. Prior to these charges, ANX had served sentences in relation to:

Upon sentencing at Sydney District Court, the defence tendered a psychiatric report of ANX and referred to a number of favourable references with the aim of confining the length of the sentence. Additionally, we called ANX and his brother to provide evidence about his contrite attitude to the offences. Consequently, the sentencing judge considered ANX’s promising rehabilitation prospects, remorseful attitude and the low likelihood of reoffending during sentencing.

ANX got a sentenced of a total of 4 years 9 months imprisonment in totality with his current sentence with a non-parole period of 2 years and 6 months.