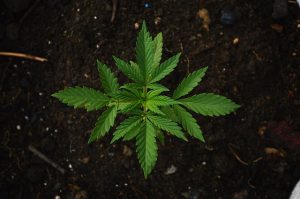 LC’s mother was in the kitchen when LC exited his bedroom and pushed her with both hands in the chest area, causing her to fall to the floor. LC’s father assisted his wife off the ground and called the police.

The police attended the home and found LC lying on his bed. They escorted him to the front yard and arrested him. They also located a bowl next to LC’s bed, which contained cannabis.

Police get a Provisional AVO

LC was cautioned and questioned by police about the cannabis. LC then informed the police that there were more drugs in his room and showed the police 6.1 grams of cannabis. Police took LC to Campsie Police Station, where he denied all allegations of assaulting his mother. Police applied for and got a Provisional Apprehended Violence Order. His mother was the protected person.

2 months later, LC was arrested for breaching this, brought before the Court, which ordered him to comply with the conditions of his Apprehended Domestic Violence Order.

Still another 2 months later, Police attended LC’s mothers house to serve her a subpoena. LC answered the door and police arrested him for breaching his Apprehended Domestic Violence Order.

LC has his day in court with our criminal defence lawyer

He maintained a not guilty plea for common assault. After successful negotiation with the police, this charge was withdrawn before the hearing.

As instructed by LC, we entered a guilty plea for the remaining charges and proceeded to sentence. The ADVO for his mother was confirmed as a final order by consent without admission for 12 months. LC received a Community Correction Order (CRO) for a period of 8 months for both ADVO breaches. This shows that even if the protected person knows and consents to the presence of the person who is the target of an order, it is still a breach.

Finally, the charge of possess prohibited drug was dismissed under s 10(1)(a) of the Crimes (Sentencing Procedure) Act 1999 (NSW).