Australian Capital Territory set to investigate decriminalisation of all drugs 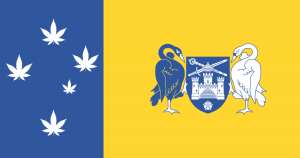 Labor backbencher Michael Pettersson has kick-started an investigation into the feasibility of decriminalising the use and personal possession of “drugs of dependence” in the ACT.

His motion to launch the inquiry was met with support from Labor, Greens and Liberal members of Legislative Assembly of the Australian Capital Territory.

“It is obvious to me that when you take the partisan politics out of it, when you talk to families experiencing crisis, everyone can see that our current drug laws do not do what we want them to do,” Mr Pettersson stated in the ACT Parliament.

Drugs as a health problem, not a crime

In 2017-18, Pettersson told the Assembly that 609 Canberrans were arrested for possession of illicit drugs, however, 88 were arrested on drug supply charges.

“That is 609 community members who, instead of receiving physical or mental health support were shamed for their behaviour by the criminal justice system,” he said.

While decriminalisation aims to divert users into programs for rehabilitation, Pettersson states it’s never going to be the perfect model.

“Drugs still pose incredible health risks to users, ranging from temporary illness to overdose and lifelong health effects, and this is magnified by the supply chain that exists through organised criminal gangs and drug dealers,” he stated.

Liberal MLA Jeremy Hanson supported the motion. While he stated that there may be some drugs or situations which he cannot support a simple notice being given for, he backs the inquiry.

“But I can envisage circumstances—it might be at the music festivals, for example, that we have talked about in this place on many occasions, where young people take a drug and find themselves in the criminal justice system facing criminal sanctions—where a simple offence notice may be a better way of proceeding for all concerned,” Mr Hanson said.

The ACT Greens also supported the motion, emphasising the importance of this policy.

“By shifting to a public health approach towards drug use, we will see reduced stigma, so that people who use drugs feel comfortable disclosing their drug use and can seek help,” Greens MLA Mr Rattenbury stated.

Pill testing in the City

An amendment presented by the Greens was also supported, which stated that a pill testing pilot in the city would be explored for the 2020-21 summer.

According to RiotACT!, St John’s CBR NightCrew has offered to become a potential hosting site for the trial. St John’s already operates a harm-minimisation tent near Platform 8 of the City Bus Station, which sits in the centre of the city’s nightlife district.

The Liberals didn’t support the amendment to the motion, however, it was able to be passed on the day without their support.

September last year saw the decriminalisation of cannabis on the country’s capital. The Legislative Assembly made it legal to possess up to 50 grams of cannabis and cultivate two plants.

The laws allowed for the cultivation of two plants per household of four, with artificial or hydroponic plants remaining illegal.

There are also a number of provisions for community safety. Plants can only be grown in residential properties not in an area accessible to the public. It is still an offence use weed in public or expose a child to its smoke of vapours. The cannabis must also be stored out of reach of children.

While the Government is still awaiting any data on the effects of the decriminalisation of marijuana, it’s clear that the health-based approach is the most appropriate way forward for the country’s drug reforms.