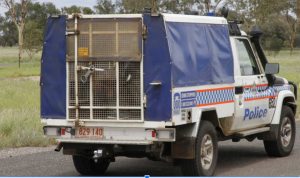 This practise is a breach of human rights against international standards, specifically rule 73.2 of the United Nations Standard Minimum Rules regarding the Treatment of Prisoners.

This inhumane practise is occurring for prolonged periods of time, sometimes for up to more than five hours, where the average heat all year remains at 32 degrees.

These children have no access to basic safety requirements such as heating, air-conditioning or seatbelts, are often being thrown around in the cage becoming injured and suffering effects of heat exposure.

Amnesty are insisting that the practise of  transporting children via “police cages” in the Northern Territory cease immediately.

Police brutality has long been a concern in the Northern Territory. In 1991 the Royal Commission into Aboriginal Deaths in Custody made 339 recommendations, however, since then more than 400 indigenous deaths whilst in custody have occurred.

Inquiries have revealed medical malpractice amongst mistreatment of those in custody, and yet no police officer has ever been prosecuted for murder, according to the New York Times.

In response to Amnesty’s campaign the Northern Territory Minister for Police, Fire and Emergency Services, Nicole Maison, explained that children are only transported in a “police cage” as a last resort.

Children should never be subjected to conditions which breach human rights. There needs to be a complete review of treatment from police enforcement and conditions in which indigenous children are subjected to whilst being under state custody and immediate steps must be taken to cease the practise of carrying children in “police cages”.