The Western Australia Department of Justice announced plans to transfer children as young as 14 from Banksia Hill Detention Centre to the maximum-security adult male Casuarina Prison.

Banksia Hill Detention Centre is the only youth detention centre in Western Australia.

The detainees at the centre are some of the most vulnerable members of society. First Nations youths make up around 70% of detainees. Many detainees have experienced childhood abuse and trauma, and have diagnosis of neurological disorders and learning disabilities.

Many organisations such as Amnesty International criticise and continue to call for action against its poor treatment of both staff and detainees. Understaffing and unsatisfactory standards led to rioting at the facility in 2013 and 2017. 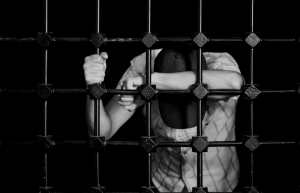 Earlier this year, the WA prison watchdog – The Office of the Inspector of Custodial Services – formed a reasonable suspicion that some detainees experienced “cruel, inhumane and degrading treatment” at the centre.

The inspector noted that detainees in the Intensive Support Unit had an entitlement under Western Australia regulations to only one hour out of cell time per day. This is contrary to  the United Nations standard minimum Rules for the treatment of prisoners (Mandela Rules). These require at least two hours.

Greens NSW Senator, David Shoebridge stated that “these actions are a breach of Australia’s international obligations to respect the rights of children and protect them from harm.”

A 2017 report by the Officer of the Inspector of Custodial Services revealed alleged sexual assaults and very high rates of self-harm and attempted suicide at the centre.

This year the President of the Children’s Court, Hylton Quail, sentenced a 17-year-old boy to custody at Hakea Adult prison in Perth. The judge said that “the conditions at Banksia at the moment are very bad”, having little rehabilitative effect. However, Mr Quail did not blame staff but, instead, said insufficient resourcing and understaffing were the problem.

Indeed, Community and Public Sector Union assistant secretary Melanie Bray said that, while operational standards are for 65 staff on-site, the centre operates at around 40 staff on a day shift. 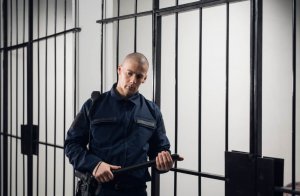 The appalling conditions at the centre led to more than 250 former detainees registering to participate in a class action. The lawsuit alleges mistreatment for detainees at Banksia Hill. 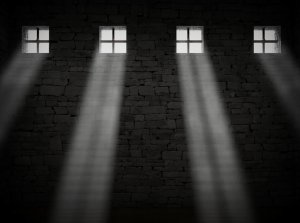 Reasons for moving the boys to Casuarina

The Director General of the Department of Justice, Adam Tomison, claims that the transfer of the boys is necessary to deal with their disruptive and violent behaviour. About 100 cells at the centre suffered damage to the point of being unusable. One 2021 report suggested that, despite being WA’s only youth detention centre, it was the most violent detention centre in the state.

The Director General says that the transfer of these boys would allow “other detainees at Banksia Hill to return to their normal education programs”. Reassuring those having concerns that the boys will move to a separately run part of Casuarina Prison, which will be run as a juvenile facility.

But he also provided reason for concern by stating that “obviously, the cells at the male prison are much more secure.” This suggests that the purpose of the transfer is for increased security. It is not an increase in much needed support for rehabilitation, as many called for.

David Shoebridge decries the plan, saying that it will “exacerbate trauma and cause lasting harm”.

Yamatji Noongar woman and Senator, Dorinda Cox likewise feels disgust. She says, “to describe these children as difficult completely misses the point – no child should be in prison in the first place, let alone sent to maximum security adult prison.”

If you have experienced abuse while in prison and want to seek legal advice, call us on (02) 9261 4281. The first consultation is always free.