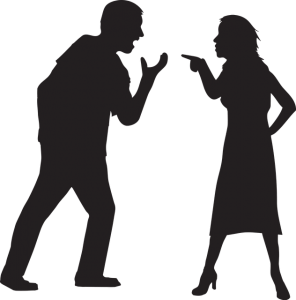 The following scenario led to a conviction, followed by a severity appeal.

XB and her partner were in a strained domestic relationship, involving violence and drug use. One evening, following a heated argument when the partner refused to get up to take their child to the bathroom, XB picked up a knife and threatened him. XB then made a stabbing movement and, in the commotion, the partner suffered a deep cut to his thigh. XB then fled the location. However, she returned shortly after and made a full admission of the offence to police who arrived on the scene.

XB was charged with:

After some negotiation, the prosecutor accepted a plea of guilty to the charge of assault occasioning actual bodily harm. The charges of reckless wounding and intimidation were dropped and dismissed.

In sentencing, XB had to to complete an Intensive Correction Order (‘ICO’) (under section 7 of the Crimes (Sentencing Procedure) Act 1999 (NSW)) of 18 months duration. This would mean that in addition to supervision by Corrective Services, she would have to perform a large amount of community service work. Any breach could have been dealt with by the State Parole Authority.

XB sought to appeal her sentence in the Parramatta District Court. This was on the basis that, considering her circumstances and history, the sentence of an ICO was too severe.

O’Brien Solicitors helped XB to successfully appeal the severity of her sentence. This was because of the strength of representations about XB’s very limited criminal history, the responsibility she took for the crime and having regards to her family and circumstances of disadvantage.

Instead, XB received a Good Behaviour Bond under section 9 of the Crimes (Sentencing Procedure) Act 1999 (NSW). By following the bond’s less burdensome conditions, she had a real chance to get back on a positive track in the community.