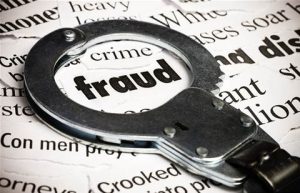 Someone booked a room under a false name at a Mascot hotel in Sydney’s inner south. One of the co-accused provided a driver’s license under the same false name but with a picture of himself. A few hours later, the two co-accused and our client, MR, entered the hotel room.

The next day, the hotel received a notice of a dispute payment, from the first VISA card used. After some enquiries, the hotel manager contacted police. The police looked up the name on the driver’s license and noticed he was a victim of identity fraud. Later that night, police attended the hotel and approached the group. MR walked out of the hotel.

Subsequently, Police called for backup to locate MR and later arrested and cautioned him. During a search, police located a large number of credit cards and drivers’ licenses in different names, identity information making equipment, drugs, and electronics.

Later, MR was charged with:

O’Brien Criminal and Civil Solicitors successfully acted for MR at the Local Court.

We invited the police to withdraw the proceedings against MR and we successfully negotiated with the police. Consequently, all charges were withdrawn and dismissed.