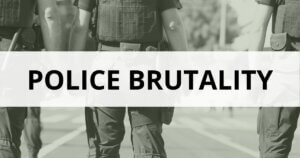 JS was driving his son to the hospital when police pulled him over. The two police, both in plain clothes, ordered JS out of his car on the belief that they had the power to search his vehicle. When JS asked after the basis of that belief, the situation quickly escalated into an argument. Police put and end to the argument by spraying JS in the face with capsicum spray. While JS was blinded on the side of the highway, police arrested and handcuffed him, and charged him with assault and resist arrest.

Outcome of Civil Action against Police:

JS was ultimately acquitted of the charges against him. Subsequently, he sought redress for his mistreatment by police. Prior to engaging O’Brien Solicitors, JS’s complaints to the police department and the Ombudsman had been ignored.

O’Brien Solicitors helped JS sue the police for various tortious misconduct, including false arrest and battery. The two police officers initially claimed that their reason for the search of the vehicle was a suspicion that a clip-seal bag in the vehicle’s centre console contained prohibited drugs. However, Police never produced the clip-seal bag. Even if it had been, it could only have been found after the search, and therefore could not have formed the basis of the search.

The police also claimed that the alleged assault by JS was the basis for their arrest. However, their version of the facts states that this assault occurred during the process of arrest. Therefore it could not have been the prior reason for carrying out the arrest. At its best, this was egregious and damaging police incompetence. At worst, it was purposeful fabrication.

Police settled the matter, and JS received a sum of compensation.

As a victim of police brutality, I was dismayed by the total lack of concern and a refusal to investigate the complaint I made in writing to the NSW Police and NSW Ombudsman. When the baseless charges against me were finally dismissed on appeal in the District Court and the Police again refused to investigate my complaint against them, I felt compelled to take civil action against the NSW Police, in an effort to seek accountability on the part of NSW Police.

Even before I contacted Peter O’Brien Solicitors, I was encouraged by the information and positive attitude shown on their website. Peter O’Brien and the team at O’Brien Solicitors have been wonderfully helpful and supportive in seeking legal redress through the Courts. I was amazed and relieved when O’Brien Solicitors achieved an outcome that spared me any further distress or inconvenience and more than satisfactorily compensated for the pain and suffering I had endured as a result of my unfortunate encounter with a couple of over-zealous police officers.

I wholeheartedly recommend Peter O’Brien Solicitors to anyone who has experienced police misconduct and had their rights trammelled by heavy-handed police officers.