NSW Fair Trading is a government department whose role is to promote a fair marketplace for consumers and traders by maximizing traders’ compliance with regulatory requirements. Fair Trading safeguards consumer rights and investigates alleged breaches of the legislation that Fair Trading administers.

Some of the legislation that Fair Trading administers is:

One of the roles of Fair Trading is to ensure that businesses and traders are complying with the relevant legislation.

Consumers can make a complaint to Fair Trading about a business or trader. Fair Trading can then assess whether or not action will be taken in response. 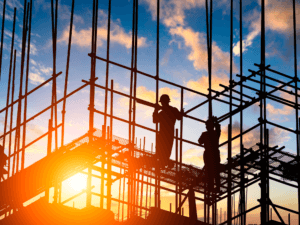 Notice to Show Cause

The DAU will issue a Notice to Show Cause (NTSC) once the evidence satisfies DAU that it should take disciplinary action.

An NTSC sets out the grounds for the disciplinary action, that is, the allegations against the license holder and the evidence that the DAU relies on. The notice provides the licence holder an opportunity to:

Once it makes a response to the NTSC, the DAU will consider the responses and then decide on whether to take disciplinary action and if so, what action it will take.

The Disciplinary actions that the DAU can take include:

The internal review will be undertaken by a member of the Reviewable decisions team. The outcome of the review can be:

If the licence holder is not satisfied with the outcome of the internal review, they can apply to have the decision reviewed by NSW Civil and Administrative Tribunal (‘NCAT’).

How we can help you

At O’Brien Criminal and Civil Solicitors, we have a wealth of experience in successfully defending clients who are the subject of Fair Trading investigations. We have assisted clients with the review of disciplinary decisions and with representation at NCAT.  If you have received a Notice to Show Cause or are being investigated by Fair Trading, get in touch with us as soon as possible for a free initial consultation.