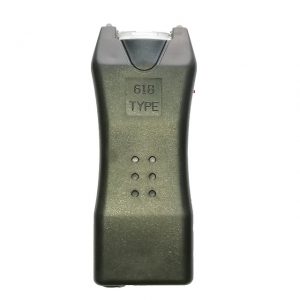 OXR, our client, was a 16-year old school student. Described by close relatives and friends as extremely shy and deeply sensitive, he seemed a quiet, well-mannered young man. He had skills as an accomplished skateboarder and enjoyed pottery. After he finished school, OXR hoped to follow his mother’s footsteps by working in textile design and production. However, then one day he got a taser……

In October 2019, OXR involved himself in an incident on a bus in Bondi, in Sydney’s Eastern Suburbs. During this incident, he approached a bus patron with a taser. Consequently, patrolling police officers were called and searched OXR. In addition to the taser, police discovered that he possessed several bags of MDMA and cannabis, as well as $120 in cash. The police considered the drugs for supply, and the cash as proceeds from previous sales of drugs. Accordingly, they charged OXR with a total of seven offences. These included:

Later that day, OXR got bail until his court date in November, where he would plead guilty or not guilty to the offences and get a commensurate sentence. His parents requested O’Brien Criminal and Civil Solicitors assist with his plea negotiations and represent him in court.

Possession charges dismissed and no conviction on other charges

In November, OXR appeared with representation from O’Brien Solicitors in the Children’s Court in Surry Hills, close to Sydney’s CBD. He pleaded guilty to all offences. Upon entering pleas of guilty, all charges of possession were withdrawn and the Court dismissed them.

In regards to sentencing, O’Brien Solicitors advocated and submitted materials on OXR’s behalf, including personal references from family and friends. The sentencing outcome was highly positive. No conviction went on record against OXR. His sentence was a series of Good Behaviour Bonds, to be concurrently served for a period of eight months.

In certain circumstances, the Children’s Court may sentence a young person to a Good Behaviour Bond (GBB) under s 33(1)(b) of the Children (Criminal Proceedings) Act. GBBs are considered non-custodial, community-based sentences. We call them “Non-custodial” as they do not involve detention in custody (i.e. in prison). They are “community-based” as you serve them in the community. They may not exceed two years in length, and have “good behaviour” conditions set by the court that he must strictly adhere to.

Here, the successful grant of GBBs allowed our client to serve his sentence in the community, with a short completion by July 2020. He could stay at his parents’ family home, attend school and pursue his hobbies.

OXR would be home for Christmas in a month’s time, with no convictions recorded.