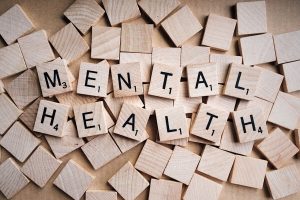 MA was arrested by Eastwood Police, brought before the Local Court and placed in a holding cell.

MA was assessed by the Court Liaison Officer (Mental Health) for a mental health assessment. The Local Court magistrate made an order pursuant to s 33(1)b of the Mental Health (Forensic Provisions) Act 2007 (NSW) on the basis of his mental health report by the court officer.

MA was transported to Macquarie Hospital where he was admitted, under the s 33(1)b order. MA was categorised a “mentally disordered person” by the doctor, who examined MA for the purposes of a Form 1 Medical Report as to Mental State of a Detained Person. This was pursuant to s 27(1)(a) of the Mental Health Act 2007.

The Court held there was no jurisdiction to deal with this matter and that it was finalised. Further, the magistrate held that the order under s33(1)b had been executed at the time MA was admitted, and that the police did not have authority to bring MA back to Court. Ultimately, MA got a discharge back into the community.

We sued State of NSW for assault, battery, and false imprisonment

O’Brien Criminal and Civil Solicitors successfully assisted MA in his claim against the State of NSW for assault, battery, and false imprisonment. MA got compensation for his treatment.

If you have experienced detention under the Mental Health Act that may have been illegal, contact us. We have sued authorities for compensation many times with great success.