O’Brien Criminal and Civil Solicitors are experts in assisting clients sue the police for false arrest, unlawful imprisonment and malicious prosecution. Read about one of our successful cases below. 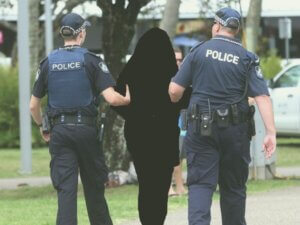 Our client was the victim of an abusive domestic relationship. The first incident in question occurred when SG’s partner tried to eject SG from their apartment late at night. The partner called the police, who, upon arrival, tried to force SG to leave the apartment. SG locked herself in the bathroom and took a bath to calm herself down. After a short while the police burst into the bathroom and dragged SG, naked, out into the living room and arrested her.

Following this first incident, SG kept a wardrobe across her bedroom door while she slept. The second incident occurred when police, called to the house on allegations that SG had damaged her partner’s property, forced their way through the bedroom drawer and wardrobe and arrested SG. Police arrested SG despite her heightened state of distress and despite her claims that she thought she was having a heart attack.

Compensation after we sue police

We sued the police for their misconduct. Subsequently, the claims against the police went to trial, and the court found in favour of our client in regards to the above two complaints. Our client was awarded compensation.

If you believe you might have a claim against the police for false arrest, unlawful imprisonment, assault, battery or malicious prosecution, contact O’Brien Criminal and Civil Solicitors to speak about your matter. Call us on (02) 9261 4281 to book a free initial consultation.