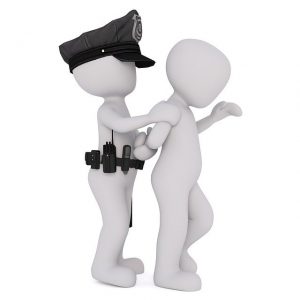 PS and ER were at an environmental protest in Sydney where they were apprehended by police. The police claimed that they had issued a move on direction to the demonstrators, however that was subject to debate. Police put them in a vehicle and took them to Newtown Police Station. There, Police asked each of them to remove all of their clothes whilst they were in the dock location.

O’Brien Criminal & Civil Solicitors filed proceedings in the District Court of New South Wales alleging that PS and ER had suffered unlawfully arrest and battery during the arrest and strip search.

The Statement of Claim put forward that police were not entitled to have arrested them as they had no valid power to do so. Genuine protests are lawful and the freedom of assembly and right to political expression are enabled within the Law Enforcement (Powers and Responsibility) Act 2002 (NSW). The arrests were unlawful and constituted an assault and battery on each of our clients.

The strip searches were conducted without lawful justification. PS and ER sued for compensation by way of damages for the injury, hurt, humiliation and indignity caused by their arrest and for the strip search.

Aggravated damages were claimed on the basis that the strip search had occurred after an unlawful arrest, in circumstances that were so humiliating and in flagrant breach of their privacy.

Exemplary damages were also claimed as the arrest was arbitrary and contrary to powers under the Law Enforcement (Powers and Responsibility) Act 2002 (NSW) (LEPRA). Further, the strip search was likely arbitrary and without any lawful justification.

The matter was set for trial but settlement occurred prior to the hearing on a confidential settlement basis. An apology was issued to the pair.