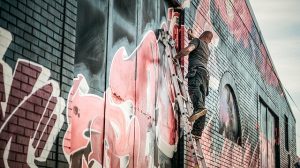 HWC was a young person. Police had charged him with

The charges arose from HWC’s entry into a Sydney City construction site to take photographs. When police arrested him for the entry, the police found him to be in possession of marker pens and a hobbyist lock-pick set.

In this instance, the maximum penalties for the offences included upwards of $1000 in fines and seven years imprisonment.

However, prior to his hearing, police withdrew the charges for the graffiti offences.

Subsequently, appearing before the Surry Hills Children’s Court, in Sydney, our criminal defence lawyer said that HWC should receive a caution and dismissal of the remaining offences. This would be pursuant to section  31 of the Young Offenders Act.

The Presiding Magistrate accepted these submissions. Consequently, the Court cautioned HWC, and dismissed the proceedings for the offences.

Keywords associated with this case:

O’Brien Criminal and Civil Solicitors are able to defend your criminal charges anywhere in Australia. Please don’t hesitate to contact us today on 02 9261 4281 or by email at