Convicted in Local Court after hearing of larceny 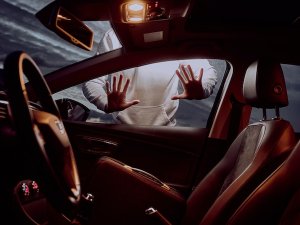 TYK pleaded not guilty to stealing after Police found him with a large number of stolen items in his motor vehicle. However, he was not the only occupant of the motor vehicle. When apprehended by police he maintained that the stolen items were not his.

After hearing the matter, the Local Court Magistrate convicted TYK and sentenced him to 12 months imprisonment. This sentence had a non-parole period of 9 months.

TYK appealed against the conviction (section 117 Crimes Act 1900). He got appeals bail pending his appeal in the Sydney District Court.

The matter went to a hearing in the Sydney District Court and the appeal judge considered the case and all the evidence afresh. Criminal defence lawyers made submissions that the evidence was incapable of establishing that the appellant was the possessor of the stolen items. We submitted that there were hypotheses inconsistent with his guilt and consistent with his innocence, thus he could not be convicted beyond reasonable doubt.

The appeal judge in the District Court found that he could not satisfy himself that TYK stole the items. He then quashed the conviction. He entered a verdict of not-guilty and TYK got an immediate discharge.