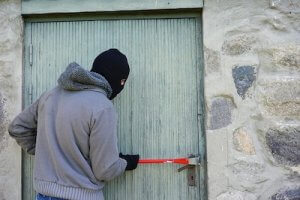 CJW was charged with two offences; Destroy/Damage Property and Break, Enter at a NSW school. The alleged offences occurred approximately 18 months prior to police charging CJW.

Due to complications at the initial hearing, CJW mistakenly believed that he had no need to attend the court to hear the charges against him. CJW was convicted in his absence of Break and Enter. An arrest warrant was then issued for CJW. O’Brien Criminal and Civil Solicitors assisted CJW by annulment of the conviction entered in his absence pursuant to section 4 of the Crimes (Appeal and Review) Act 2001. The defendant then pleaded not guilty and the matter was set for hearing.

Annulment of convicted imposed in the absence of the defendant

The prosecution case consisted largely of circumstantial evidence, comprising importantly of a single fingerprint of CJW’s at the crime scene. Our firm successfully submitted that fingerprint was inconclusive on to his guilt. CJW was found not guilty of the offence of BFS.

If you have a conviction in your absence and were not responsible for the breach, contact O’Brien Criminal and Civil Solicitors on (02) 9261 4281. Set up a free appointment with the defence lawyers in our Sydney office.