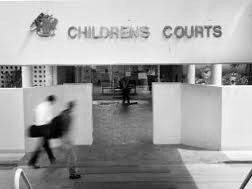 MDJ was an 11-year old child.  He made a trip with friends into the Sydney CBD, during which several of his friends robbed and violently assaulted two members of the public. Police charged MDJ for his perceived complicity in his friends’ criminal conduct. However, he got bail from the Surry Hills Children’s Court.

He was charged under the Crimes Act 1900 with assault with intent to rob in company, and causing grievous bodily harm with intent to resist arrest. The maximum penalty for the offences was 20 years and 25 years imprisonment respectively.

Several months later, police arrested MDJ for breaching bail while riding a bicycle around the his neighbourhood. Upon searching him, they located a large knife strapped to his belt.

Police charged MDJ for having a knife in his custody in a public place, pursuant to Section 11C(1) of the Summary Offences Act. The maximum penalty for the offence included 2 years imprisonment.

Doli incapax comes into play: A child and criminal intent

Prior to his hearing, the charges pertaining to the knife were withdrawn. At MDJ hearing’s before the Surry Hills Children’s Court, the prosecution offered no evidence rebutting the legal presumption of doli incapax. This is the legal concept that a child between the ages of 10 and 14 years does not have the necessary capacity to form criminal intent. Accordingly, the presumption remained intact, and His Honour dismissed the proceedings.