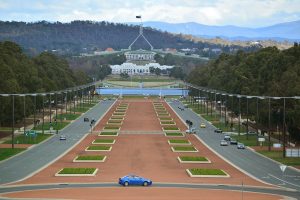 At the 40th anniversary of the Aboriginal Tent Embassy in Canberra, our client (RK), a highly respected Indigenous Australian elder, joined a number of other guests who were to speak.

At a later time, it came to the attention of the crowd at the anniversary that Mr Tony Abbott, then Leader of the Opposition, had said that he thought that the Tent Embassy should be removed. A group then angrily splintered from the crowd to find the nearby restaurant at which the Prime Minister, Ms Julia Gillard, and Mr Tony Abbott were attending. The resulting incident received a large amount of news coverage across Australia.

In the aftermath, former young Territorian of the Year Rebecca Healey approached an ABC News journalist. She claimed in a broadcast interview that she had heard RK actively stir up the protestors. Notably, this involved a claim that RK demeaned the central Northern Territory community by referring to them as racists.

Our client disputed the claims, and sued Healey and ABC News for defamation.

O’Brien Criminal and Civil Solicitors represented RK and successfully made representations to the Court that Ms Healey and ABC News created and published defamatory imputations about her character.

Defamation law in Australia provides a number of defences to a plaintiff’s claim of defamation. Here, ABC News & Ms Healey raised a number of defences including that it was an honest opinion and claiming extended qualified privilege as it was a government and political matter. However, none of those arguments prevailed.

In rejecting these defences, the Court was particularly critical of the ABC’s ‘inadequate’ attempts to verify the accuracy of Healey’s comments. This included a failure to contact RK prior to publication.

As a result, the Court ruled that RK never made the comments alleged by Ms Healey.  She received an award of a significant amount in damages.