Father punches youth who may have sexually assaulted his daughter 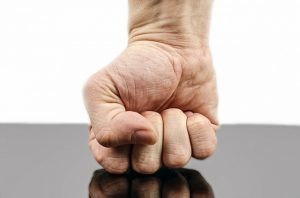 Police charged RW, an adult, with an assault on a 15 year old boy.  However, the assault occurred against a complex background.

This involved an allegation that RW’s 15 year old daughter experienced sexual assault by the 15 year old victim of the violent assault.  During an altercation in a public place, RW had lost his temper and punched the young victim in the face.

Subsequently, the victim complained to police and they charged RW with an assault of a minor.  Following this, RW pleaded guilty but argued that there was provocation brought on by the ongoing conduct of the victim leading to the assault.

Outcome: Provocation is a factor in the Section 10 dismissal of the case

If you’re facing assault charges, contact our assault lawyers right now. We can help you get the best possible result in court, even getting the prosecution to withdraw or downgrade the charges. Our lawyers have had outstanding success in helping those accused in complex scenarios.

Testimonial from the client for our criminal defence lawyer