O’Brien Criminal and Civil Solicitors are experts in assisting clients sue the police for false arrest, unlawful imprisonment and malicious prosecution. Read about one of our successful cases below.

JF was an Indigenous Australian man filming various events and scenery in the Wyong area. He was recording for the purpose of making a documentary he could show his son. The boy was in the care of the Department of Community Services (DoCS) at the time. 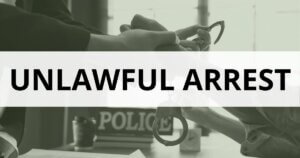 JF attended a Christmas festival in Budgewoi Park, where he filmed a number of stage events. Some of the performers were children. A number of parents then confronted JF and asked why he was filming, to which he explained it was for his son.  The parents did not accept JF’s explanation, and some called the police while others assaulted him. When the police arrived, JF believed that they would protect him. Instead, they also assaulted him, pushing and shoving him while searching him for his camera.

Charged with and arrested for possessing child abuse material, and held on remand for 1 month before charges withdrawn

After arresting him, the police then charged him with possessing child abuse material. Even though they did not find anything incriminating after searching his camera, phone and house, they refused to release him on bail. As a result, JF stayed in the Silverwater Correctional Complex for a month before the Director of Public Prosecutions withdrew all charges against him in the Local Court. JF approached O’Brien Civil and Criminal Solicitors to help him explore any recourse he might have against the police.

Judge makes an order in favour of client

O’Brien Civil and Criminal Solicitors helped JF successfully sue the NSW police for assault, battery, unlawful arrest and false imprisonment. JF’s matter went before the District Court with the judge ruling in favour of our client.

This is just one of many successful outcomes where O’Brien’s Civil Solicitors represented clients in false arrest and unlawful imprisonment cases. If you intend to make a claim against an authority call us on (02) 9261 4281. You will get a free initial consultation.