Do you live in Queensland and thinking about suing Queensland police?

Read about how we recently assisted a client in their civil claim against the Queensland Police for assault, battery and false imprisonment.

A rude encounter with the police

Client assaulted and charged by the police

Later that night, KW walked to the edge of the footpath when again the same police officer approached him. After another conversation, the officer grabbed KW’s arm behind his back and twisted it. The officer forcefully pushed him to the ground and subsequently searched him.

He was taken to the police station and placed in custody where he remained for approximately 2 to 4 hours before being transferred to the Southport Holding Cells. KW was charged with public nuisance and assault officer in execution of duty which were subsequently withdrawn.

After facing this traumatic experience, KW approached O’Brien Criminal and Civil Solicitors to advise him on his case. Our experienced unlawful arrest lawyer assisted him in making a civil claim against the Queensland Police for assault, battery and false imprisonment. The matter eventually settled and the client got compensation for the unlawful conduct of the police.

Read what KW has to say about O’Brien Criminal and Civil Solicitors:

“I was assaulted by the police in Queensland and was taken to the holding cells. I sought out O’Brien Criminal and Civil Solicitors after hearing about them from another case.

When I first approached the firm, I didn’t know what avenues to take, or whether I even had a case. Your police brutality lawyer was straight forward and informed me from the get go about my prospects of success. Despite being a busy firm, he helped me through the entire process. He always kept me in the loop with what was happening with my case.

For anyone who feels that they have been abused by the Queensland police, I would definitely recommend speaking to O’Brien Criminal and Civil Solicitors. The firm has been very good to me. Thank you!”

Not sure whether you might have a successful claim against the police? Many of our clients approach us unsure of what their rights are and their legal options. Speak to one of our civil lawyers who can advise you on your prospects of success. Call us on (02) 9261 4281 to book a free first consultation. 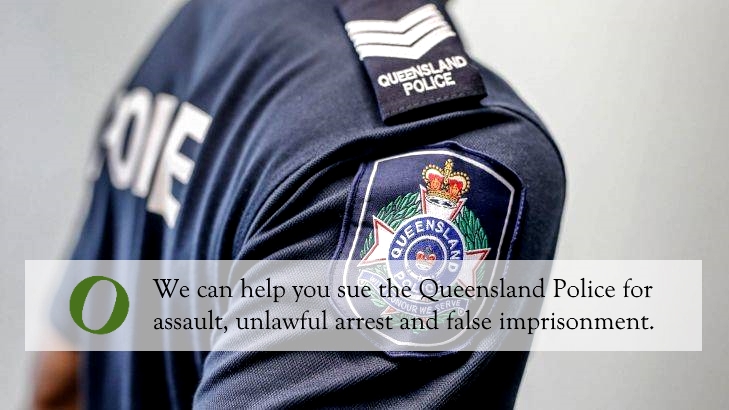