Read about how we defended a client against several weapons charges where he was ultimately found not guilty.

SR and the victim drove to a petrol station. Two other vehicles arrived at the service station. Four males dragged the victim out of the vehicle and approached SR’s vehicle. The males commenced assaulting the victim by punching and kicking the victim whilst he was on the ground. At some point during the assault one of the males used a weapon to cause a wound to the victim’s head.

SR attended a nearby residence where he sought some assistance. He informed the occupants that the victim had been involved in an accident. SR drove the victim to Gosford Hospital. He spoke with medical staff but didn’t give any information as to what happened to the victim. 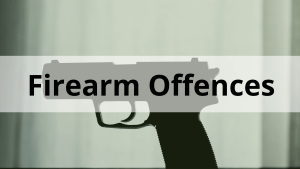 The police went to SR’s residence the next day to execute a search warrant. Upon searching the premises the police found an unregistered rifle, metal knuckledusters and commercially made hunting style slingshot which were prohibited under the Weapons Prohibition Act. SR did not hold a firearms licence.

It was SR’s defence that majority of the prohibited weapons were the property of the victim.

Some of the items were non-functional and the only intent was for use as ornaments. O’Brien Criminal and Civil Solicitors successfully defended SR. It was difficult for the prosecution to prove that the alleged items were weapons as defined by the Weapons Prohibition Act.

SR was found not guilty of all charges.

Speak to us if you have been charged with weapons related offences. Call us on (02) 9261 4281 to book a free initial consultation.