Facts: charged with possession of a prohibited drug 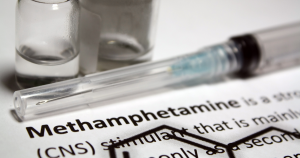 Police searched BH as a result of a drug dog operation at a railway station. They found he had 0.2 grams of crystal methylamphetamine and charged him with possession of a prohibited drug.

Plea of guilty leads to Section 10

BH pleaded guilty. BH had a number of matters on his criminal record, but no matters relating to drugs.

Consequently BH got a conviction under s 10A of the Crimes (Sentencing Procedure) Act 1999. The magistrate imposed no further penalty.