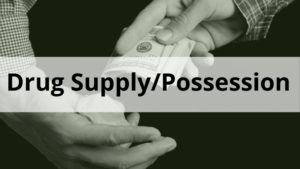 JD appealed to the District Court having been found guilty and convicted of an offence of possessing a prohibited drug. This was per s.10(1) Drugs Misuse and Trafficking Act 1985.  He was in possession of six vials of gamma–hydroxybutyrate (GHB) at a music event.

JD appealed to the District Court challenging the conviction and argued that a conviction ought not be recorded against his name.

Need to travel and work internationally compels quashing of conviction

On appeal in the District Court evidence was led in relation to JD’s work in the arts community and his prospects for work internationally.  Evidence supported his claim to his good character in the circumstances surrounding the offence.  The District Court quashed the fines and conviction recorded in the Local Court and dismissed the charge pursuant to s.10 of the Crimes (Sentencing Procedure) Act.