Driving without a licence 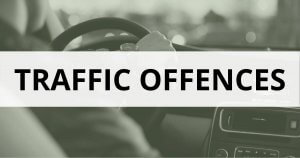 Police charged PK with driving without a licence pursuant to s 25 of the Road Transport (Driver Licensing) Act 1998 NSW. PK had been disqualified from driving and upon the expiration of his disqualification period, had on several occasions been unsuccessful in obtaining a new licence. On the day of the offence he drove his wife to the doctors without a licence. One week prior to his sentence he finally passed his driving test and obtained a new licence.

Guilty plea: no loss of licence and small fine

PK pleaded guilty to both offences on advice from our traffic and driving  lawyer.  The magistrate handed him a $200 fine. He avoided losing his licence and avoided a maximum penalty of a $2,000 fine.

Testimonial for our driving offence lawyer

If you are facing traffic offence or speeding charges, contact O’Brien Criminal and Civil Solicitors on (02) 9261 4281 to set up a free appointment with the speeding and traffic offence defence lawyers in our Sydney office.