DO faced police charges over committing a series of 7 shoplifting and larceny type offences over a period of approximately 7 months.  She appeared in the Local Court in custody. The magistrate refused bail.  The sentencing magistrate took into account her very lengthy history in relation to dishonesty offences and the large number of offences to which she was getting a sentence.  The Local Court sentenced to her a period of 1 year imprisonment with a 9 month non-parole period. 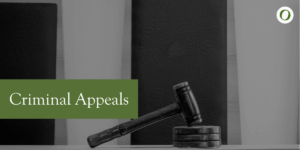 DO appealed against severity of sentencing to the District Court.

The District Court took into account the compelling subjecting features of DO’s case.  She had a diagnosis some years earlier with bipolar/schizophrenia. Also she had a pathological gambling addiction and substance abuse disorder.

The District Court concluded, based on psychiatric and psychological material tendered on DO’s behalf, that the crimes that she committed were symptomatic of her illness and mental conditions.

Consequently, the District Court upheld the appeal.  The Court found that it was necessary to assist in DO’s rehabilitation as opposed to punishing her or sending out a message to the community about this type of behaviour.

The District Court agreed that DO was not an appropriate person to send a message to the community by way of general deterrence.  Additionally, the District Court judge also agreed that DO should not be someone that should suffer severe punishement, as the offences were so closely related to and caused by a mental illnesses and conditions of which she suffered.

The District Court sentenced her to a term of imprisonment which it backdated. This enabled her release on the day of her appeal.  The effect was that DO got release immediately.