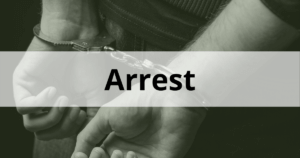 JG was a passenger in a vehicle with his friends. Police stopped them near the Royal National Park in the early hours of the morning. They instructed the Plaintiff to place his hands on his head, exit the vehicle and sit on the pavement. JG complied with every one of the officers’ instructions. The police searched him, and found nothing in his possession. They then informed him that he was under arrest, and summarily placed him in the back of the police officers’ vehicle.

However, when the police arrested the Plaintiff, they knew they did not have any evidence to commence proceedings against the Plaintiff.

No lawful suspicion for arrest

During the trip to the Police Station, the Plaintiff escaped from police custody. The following day, he received a Court Attendance Notice in relation to escaping from Police custody.

At a local court hearing, the magistrate dismissed the charge of escape on the basis he was not in lawful custody.

JG eventually brought an action against the police, claiming damages and compensation for assault, battery and false imprisonment. The matter successfully settled without the Plaintiff having to return to court.

Consequently, this settlement provided him with compensation and damages and covered all his legal fees.

If you feel that you experienced unlawful arrest or false imprisonment, contact us for a free initial consultation. We’re experts in this area of law and can assist you in getting the best outcome for your case. Call us on (02) 9261 4281 or email