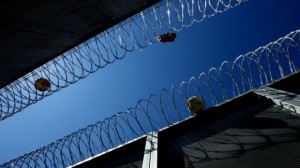 The Plaintiff was a convict serving a term of imprisonment. After finishing his shift work, the Plaintiff made his way to his pod. As he did so, one of the Corrective Services prison officers stopped the Plaintiff and had a brief interaction. The Plaintiff made a statement to the effect that he would be speaking to the area’s manager to make a complaint.

When he returned to see the area manger, a number of prison officers were waiting for him. The officers punched, pushed and verbally abused the Plaintiff. Several of the officers blocked the doorway so nobody could see in. The Plaintiff was both shaken and injured.

The Plaintiff eventually crawled away and went back to his pod.

O’Brien Criminal and Civil Solicitors subsequently commenced civil proceedings against the State for assault and battery by the prison officers. The matter was settled between the parties resulting in a favorable outcome for the Plaintiff.