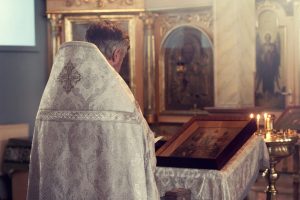 Last month, it was revealed NSW Catholic clergy were receiving JobKeeper, the payment set up by the Federal Government to enable employers to retain employees. The response was widespread condemnation.

And yet the screw turned further, with the ABC reporting that the Diocese of Parramatta have requested their priests to “voluntarily” donate part of their JobKeeper back to Church.

The original rules of JobKeeper contained within the Coronavirus Economic Response Package  contemplate only employers and employees accessing the scheme. Indeed, JobKeeper specifically describes itself in its own Rules as “intended to assist businesses affected by the Coronavirus to cover the costs of wages of their employees”.

In May, the Federal Government hastily amended the scheme, clarifying that religious practitioners and institutions fell within its terms.

Ultimately, the schemes mechanics, where churches will often be classified as charities means that priests may be able to more easily access JobKeeper payments than other organisations, such as Universities.

Given the Amendments, the awkward tango of considering whether priests were “employees” for the purposes of JobKeeper never boiled over. Are priests legally to be considered “employees”? And if they can be, why has the Catholic Church historically insisted that they’re not? 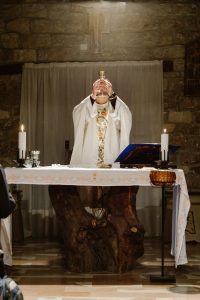 Is a Priest an “Employee”?

Whether your garden clergymen, be it priest, imam or pastor is an “employee” of the Church is an area of legal spice. In sum, current authority would suggest that yes, certain priests in certain situations can be employees of the Church. However, the water remains murky.

Classically, the legal concept of an “employee” refers to someone who performs work under the ‘control’ of another- the ’employer’- in exchange for payment for services provided. This ‘control’ arises from an ‘employment contract’. These contracts may be express or implied, oral or in writing.

Do Priests Have “Employment Contracts”?

Whether a contract is an ’employment contract’ will be determined by the Court. In Ermogenous, a Greek Orthodox Archbishop took his Church to the Industrial Relations Court of South Australia, claiming unpaid annual and long service leave. In the eventual High Court appeal, their Honours cautioned against automatically presuming that certain scenarios such as Priest-Church could not result in legally binding employment contracts. While a priest might be doing God’s work, they may be also chipping away at the same employment grind as other average Joes.

However, the Court cautioned that Churches are not uniform creatures. The Clergy-Church relationship can be classified in a few different manners be it solely “spiritual”, as that of a “public officer”, as an “independent contractor”, or under an “employment contract”. The fact-specific scenario will depend on whether a priest is in fact “employed” by their Church. 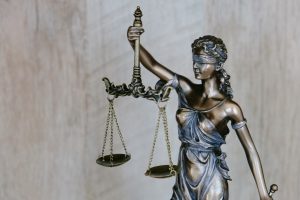 Employment and the Church: The Double-Edged Sword

By requiring JobKeeper for their clergy, the Catholic Church wants the best of both worlds. The Church is receiving the benefits of a scheme designed to support individuals in an employer/employee relationship, yet historically has wanted none of the legal responsibility associated with being an employer.

In reality, employment is an experience that cuts both ways. For starters, employees are protected from manipulation by their employers in a variety of legislation, including the Fair Work Act. Under said legislation, certain cashback schemes, coercion and undue pressure is unlawful. The Church’s conceptualisation of priests as not employees helps deny their clergy legal protections of Australian labour law.

It would be interesting to see if any clergymen, disgruntled by having to “voluntarily”  give their JobKeeper back to the Church may take a crack at saying these practices fall foul of Fair Work legislation. 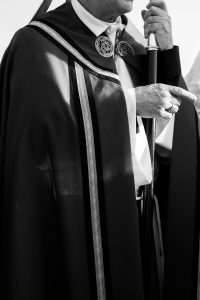 This ties into one of the Church’s historical motivations for claiming that priests are not its employees. It forms a component of  their previous defence to deny compensating victims abused by members of their clergy. This defence- known as the Ellis Defence, stated that Churches, as unincorporated entities who did not directly employ their clergy- could not be held vicariously liable for sexual assaults of their priests. Thankfully, this defence has been scrapped in the wake of the Royal Commission into Institutional Child Abuse.

The hypocriscy of claiming an employee benefit like JobKeeper, yet historically denying employment liabilit has been described by the Australian Lawyers Alliance  as “improper and appropriate”, and an example of the Church’s “hypocrisy”. As ALA spokesperson Dr. Morrison RDF SC noted-

“The Catholic Church has long argued that priests are not employees which has allowed the Church to escape liability for child sexual abuse claims…it is completely hypocritical of the Church to claim JobKeeper payments for priests while, on the other hand, avoiding liability for serious and terrible crimes against children because priests are not technically employees”

Clearly, the Church want to have their cake and eat it too. It is as galling as it is hypocritical.

The ALA’s full statement on JobKeeper payments to priests can be found here.

An excellent summary on current jurisprudence of the ’employemnt’ of priests by Associate Professor Neil Foster of the Newcastle Law School can be found here.